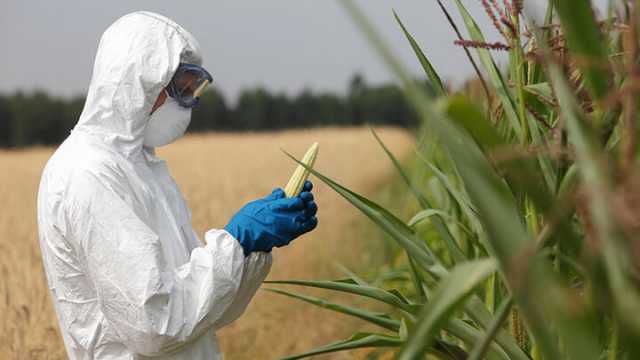 Genetically modified foods (GMOs) are one of the biggest issues currently impacting our planet. Like most important discussions taking place in our world, it is often hard to find the important points amongst all the passionate (but ultimately scattered) arguments from each side.

For those who need a brush up on their GMO history, the “Flavor Saver” tomato was one of the first genetically engineered crops to hit the market. Scientists altered and spliced the DNA of a tomato with fish DNA to give it a longer shelf life. Scientists then made alterations on other crops, and now produce can last longer without ever being frozen.

For this reason, GMOs are being marketed to the world as a potential cure for world hunger. But is that how they are currently being used?

Proponents of genetically modified foods argue that policy which restricts the development of the industry is prohibitive to solving issues of famine and world hunger. The proponents think that if GMOs are easier to produce en masse and have a longer shelf life, they can be used to feed the hungry in times of need.

At risk of sounding non-objective, this is an argument that is easily and conclusively refuted. In the decades that genetically modified crops have existed, the world has experienced numerous famines and disasters that could have benefitted from an influx of GMO food. There was the 2005-2006 famine in Sudan, the 2008 Global Food Crisis, and the 2012 famine in West Africa. Where were GMOs for those?

At no point during any of these events did Monsanto or another company stand up and say, “Don’t worry, we have all kinds of GMO tomatoes and stored-up soy that we are sending to you right now!”

There is nothing on record with the United Nations, Red Cross or other humanitarian organization that says, “Phew, that was close. Luckily we got a huge shipment of genetically engineered corn from factory farms all across the United States. Some countries were getting a little hungry for a bit there.”

GMOs have all kinds of opportunity to help, it’s just that nobody making them has shown any interest whatsoever in using them for such a purpose. In the absence of more altruistic motives, you would think that companies like Monsanto would decide to help in these cases, as it would be good for PR and branding.

The truth is, companies are producing most genetically modified foods in a way that makes them resistant to certain pesticides (that the company also owns). This then allows the company to sell the farmer both the seeds and the pesticide. None of this has anything to do with getting food to places that are in crisis.

Telling the world that your product has the potential to solve world hunger, but then never using it for that purpose is a new kind of unethical. If you promise to end suffering but instead focus on profit, that is something which should keep anyone with a conscience up at night. Sorry, not sorry.

The United Nations does not share in the belief that GMOs are the best solution to world hunger issues. In fact, they recommend something else entirely.

In 2013, the United Nations Conference on Trade and Development released a report titled “Wake Up Before It’s Too Late.” The report stated that the only way to make agriculture sustainable for the world population was to support small-scale farming practices and phase-out large-scale farming operations.

The UN drew far different conclusions than genetically modified food companies about the causes and potential solutions to hunger as well:

“Hunger and malnutrition are mainly related to lack of purchasing power and/or inability of rural poor to be self-sufficient,” stated the report.

The world has a food distribution problem, not necessarily a food shortage problem. Experts stressed the importance of moving away from single-crop agriculture and back to a model of small-scale agriculture as an answer. Doing so allows self-sufficiency in agriculture across the world. It reduces the dependency on the global food trade as well.

Are GMOs safe to eat?

Recently a report by the The National Academies of Sciences, Engineering, and Medicine came into contradiction with the above studies. Researchers concluded that any health concerns from eating GMO foods is overblown.

So are GMOs safe to eat? When scientists disagree to this extent, all anyone can honestly say regarding the subject is “I don’t know.” 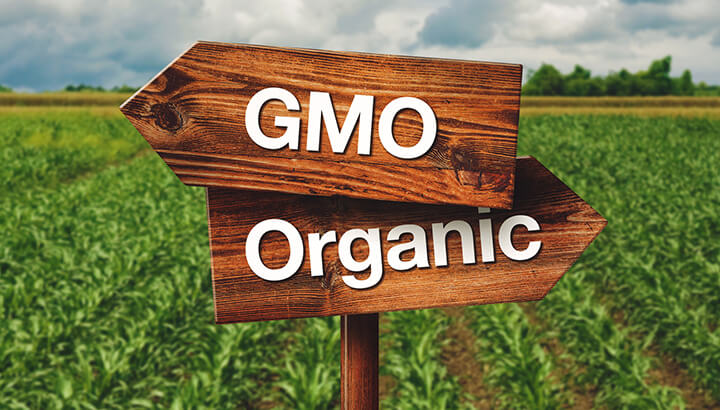 Environmentalists are concerned about introducing what are essentially “super-crops” into the environment. A GMO crop is essentially just like an invasive species, only it comes from a laboratory rather than another environment.

Like invasive species, GMO crops can run rampant throughout the environment. GMOs will show up on lands where farmers never planted them (through seed drift and accidental reproduction in the wild). This makes things harder for organic, naturally-occurring crops.

Further to that, there is another ethical debate about a company’s ability to patent a strain of genetically modified crop. Companies can actually sue farmers if they didn’t purchase the strain from the company with the patent.

There is a lot about GMO crops that we just don’t know. There is one thing we do know, however. Companies are not using GMOs as they said they would — and that’s a global problem.