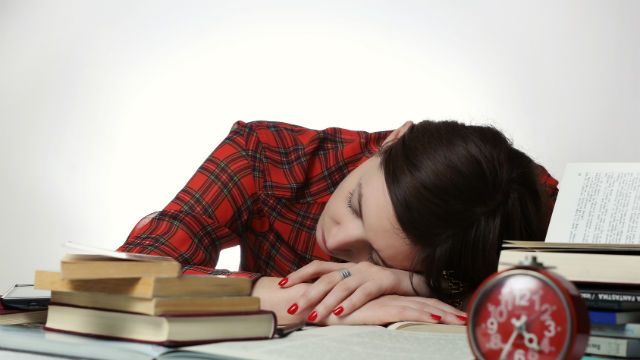 Lack of adequate sleep may pose a bigger threat to teens than just the possibility of being sluggish the next day. In fact, it has been linked to increased inflammation in the body and chronic health problems later in life, such as heart disease and diabetes.

In a report published in the journal Sleep Medicine, researchers used blood tests to measure the C-reactive protein (CRP) levels in kids. High levels of CRP are an indicator of the body being in an “inflammation mode.” When CRP levels are elevated for an extended period, it is hard on the entire body.

Why a consistent sleep schedule matters

During the study, researchers used wrist monitors to record the amounts of sleep enjoyed by 244 healthy high school students. While most of the subjects had low to moderate risk CRP levels, 33 of the students were found to be “high risk.” The lowest risk was found in kids with a consistent sleep schedule throughout the week.

It was the teens with the least amount of sleep through the week that were found to be at a high risk. This risk was doubled in the teens who slept two or more hours longer on the weekends. The large difference in the amounts of sleep from the weekend to the weekdays was associated with elevated CRP levels even with other factors like race, depression and gender being taken into consideration.

Lead author of the study, Martica Hall of the psychiatry department at the University of Pittsburgh in Pennsylvania, said, “the cool thing about sleep is that it’s changeable.” She explained that CRP levels can be lowered; however, additional research would be needed to establish a definite link between sleep pattern changes possibly improving CRP levels.

There are some who feel that further research may be necessary to reach more definitive results. Dr. Francesco Cappuccio, a cardiovascular physician at the University of Warwick in Coventry in the United Kingdom,. said, “in other words, is sleep deprivation causing an activation of inflammation or is an underlying reason for raised inflammatory markers the cause of reduced sleep?”

Dr. Cappuccio, who did not participate in the study, referred to similar research results for adults and the elderly, but felt that a snapshot in time wasn’t sufficient for definitive proof of cause and effect.

According to the National Sleep Foundation, continually getting less than seven to nine hours of sleep a night can be serious enough to cause changes to your genes. They found that after seven nights of inadequate sleep, more than 700 genetic changes were observed. These types of changes could play a role in the development of obesity or heart issues.

lt was also found that even without other common risk factors, getting less than six hours of sleep a night can cause a four times higher risk for stroke. So, be sure to get your Zs!