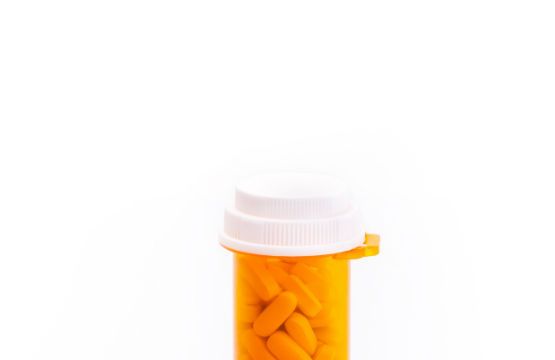 A new study, conducted by NYU Langone Medical Center researchers and published in the journal Cell, suggests that exposure to antibiotics early in life may lead to permanent changes in the gut which increase the risk of becoming obese, as well as the risk of metabolic abnormalities.

Previous research has linked early antibiotic use with a number of subsequent health issues, including a 2013 study published in the British Journal of Dermatology, which found that antibiotic use within the first year of life increases the risk of developing eczema by 40 percent.

A UK study published this past May in The Lancet Respiratory Medicine found that infant use of antibiotics may also increase the risk of asthma.

A similar theory was reported in this later study, in which mice given antibiotics while very young had altered gut bacteria that reprogrammed their metabolism, making them more prone to weight gain.

The mice that began receiving penicillin in the womb had the highest increase in fat mass, which indicated that “mice are more metabolically vulnerable if they get antibiotics earlier in life.”

In addition to gaining weight, the mice were also found to have high levels of fasting insulin and gene alterations linked to liver regeneration and detoxification. Researchers stated that these effects are normally found in obese patients with metabolic disorder.

The lead author of the study, Laura M. Cox, PhD, noted that more research is needed before it can be determined whether antibiotics lead to obesity in humans, and that the present study should not deter doctors from prescribing antibiotics to children when they are necessary.

She explained, “the antibiotic doses used in this study don’t mirror what children get. But it has identified an early window in which microbes can influence metabolism, and so further studies are clearly warranted.”

This study is just one among many that have underlined the growing problems related to the use of antibiotics, making it essential to turn to them only when absolutely necessary.

Antibiotics can cause serious problems later in life, in addition to short term issues which you’ve probably experienced at one point or another when taking them, like rashes, nausea, vomiting or diarrhea. The problem is that they destroy healthy bacteria in our gut that are needed to protect us from a host of conditions.

If you feel you need an antibiotic for a relatively minor issue, consider trying a natural method first, which generally doesn’t destroy healthy bacteria.

There are many herbs, essential oils and foods that offer antibacterial properties, like garlic, onions, apple cider vinegar and tea tree oil. These natural options can help alleviate problems in non-life threatening situations without the use of drugs.