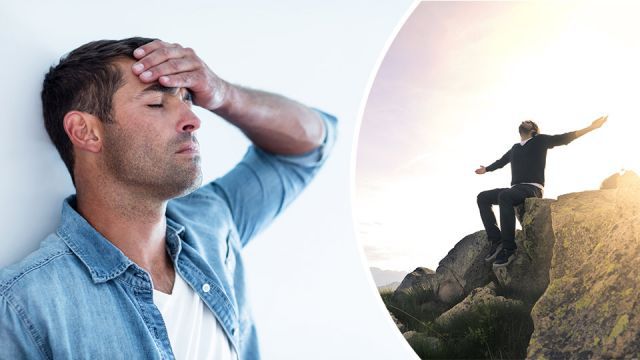 I have worked for more than 30 years in the construction industry and have been exposed to a great number of toxins from lead, mercury, asbestos, radon to any number of caustic chemicals. Some things I have been exposed to have burned my skin, indicating that it was surely bad for me. Other things are silently toxic, and unless you know how to protect yourself, they can cause harm down the road.

Based on my occupational understanding of toxicity,  you need to know all the facts, keep yourself protected and know what to do if you are exposed to toxins. The same understanding can be applied to any toxic situation. I see toxicity as something that can be harmful and hurt you, even if you are not aware of it.

Signs that you’re in a toxic relationship

When I thought about writing this piece, I was thumbing through my mental index of toxic relationships; I found quite a few that would most likely qualify. If you have ever been in a toxic relationship you may have experienced some or all of these things:

Here is how I knew that my relationship with myself was toxic and I had to end it:

1. I was my own worst enemy

I knew that my relationship with myself was hurting me when it dawned on me that that I was my own worst enemy. If my chips were down, it was because I was trampling on myself. Always having moments of self-doubt kept me from having the confidence necessary to move into a space of authority with those around me. I was captive to my critical thinking, and it was obvious to others.

2. My physical and mental health suffered

Just like a toxic substance you ingest or one that touches your skin, I can, without doubt, say that my toxic relationship with myself harmed my physical and mental health. When I was in my worst states of toxicity, I suffered from headaches, insomnia, fatigue, lack of appetite and anxiety. This hampered my work performance, relationships and just escalated my feelings of inferiority, which only made the self-toxicity worse.

3. I was toxic to other people

A big thing that I noticed when I was spiraling out of control with my negative thinking and self-punishing behavior is how drastically it impacted those around me. For quite some time I could not figure out why I was always in conflict with the ones I loved so dearly. Looking outwardly, I wanted to find reasons anywhere but in myself. However, when I realized that my self-toxicity was seeping out my pores and impacting others, I knew it was time to address my issues. Not surprisingly, as I detoxed, my relationships became healthy again.

4. I was not productive

When I was in a state of depressed self-worth, I was unable to be productive. I would get started on a task and begin to doubt my capabilities, and the task ended up not getting finished to its fullest potential. This made me feel worse and perpetuated the toxic feelings.

How I ended the toxic battle with myself

The first step to ending the toxic relationship with myself was to realize it for what it was. That was the hardest step. I also had to figure out where the negativity had come from and what had started the toxic cycle in the first place.

I was able to do some internal digging and discovered some key triggers. I realized that these traumatic events had contributed to the toxic relationship I had with myself. Coming to terms with these life-changing events helped me understand how the behavior had started and how I had developed toxic thoughts merely as a way to cope with difficult issues in my life, especially those for which I thought I was responsible.

It took six months for me to heal

As far as ending the battle I had with myself, that was a gradual process that took place over about six months or so. I began to replace toxic thoughts about myself and self-defeating behaviors with a conscious spirit of optimism and confidence.

I began to believe what those closest to me said when they expressed support and love. I also used journaling as a way to cope with negativity. Each negative thought I had I wrote down and countered it with a positive thought — crossing out the negative thought. It was incredible how therapeutic this activity was. I grew in confidence but not to the point that I became arrogant or proud. I also set reasonable goals for myself and celebrated each baby step along the way. As I did this, my productivity increased.

If you are a guy, beware. Getting in touch with yourself seems rather counter culture for sure. It is really easy to just “be a man” and not dig deep inside to look for reasons why a cycle of toxicity may have started. If you are like me, it is much easier to fight or flight rather than look inside for answers.

However, it takes more strength to be introspective than to ignore your emotions. By looking inward, it will help untangle things in your head. Lean on people that you trust and be ready and willing to reach out to get through the difficult process of detoxing!