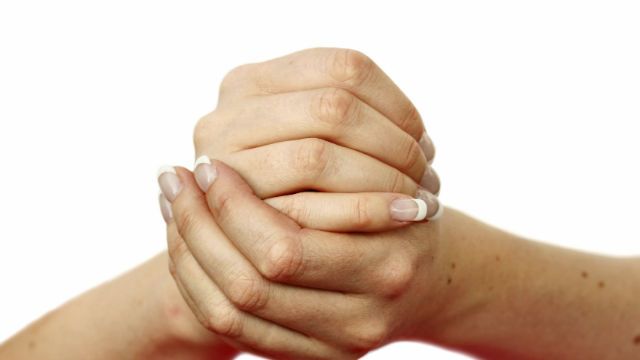 There seems to be a long-standing uncertainty as to whether cracking your knuckles can be beneficial, harmful, or harmless. Some people feel it loosens their joints to crack their knuckles, others enjoy the sound (particularly teens)… but let’s take a look at it from a scientific standpoint.

The “cracking” of the joint is a caused by the use of negative pressure to temporarily introduce nitrogen gas into a joint. Cracking sounds can also be the result of tendons snapping over tissues during minor adjustments along the path they glide over. Particularly, with age and the change of muscle mass and movement, this can occur more frequently.

In another study by the Uniformed Services University of the Health Sciences in Maryland, researchers studied a group of 214 participants, 20 percent of whom regularly cracked their knuckles. At the end of the study, just a little over 18 percent of those initial 20 percent knuckle crackers had developed arthritis in their hands.

However, over 21 percent of non-cracking participants had also developed arthritis in their hands. So it seems, that the chances of developing arthritis were the same for both knuckle crackers and non-crackers alike.

So, while knuckle cracking may not cause arthritis, it has been potentially linked as a source of soft tissue injuries. Particularly if you do have pain when cracking your knuckles, it is likely there is an abnormality in the structure of the joint, whether it be an injured ligament or loosened cartilage tissue.

A large study in 1990 by the Department of Internal Medicine, Mount Carmel Mercy Hospital in Detroit, looked at 300 participants all older than 45-years of age. Of the group, 74 people were knuckle crackers while 226 were not. The findings of the study showed that both groups had equal rates of arthritis development in their hands.

However, for those who cracked their knuckles, there was an increase in rates of inflammation in the hands, and a weakened grip. So although the knuckle cracking didn’t cause arthritis, it was responsible for a negative impact on the strength and health of the hands.

Looking at this research, it seems that unless you want to suffer soft tissue swelling and weakness, then knuckle cracking should probably be avoided.