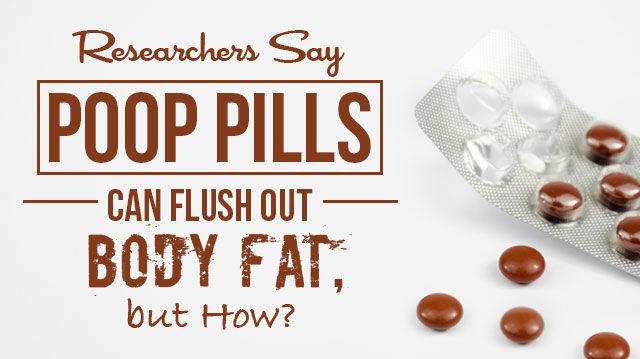 Freeze dried poop pills, or fecal microbiota transplant pills, may be the future of weight loss and management. These tiny capsules of donor-provided fecal matter will be the focus of a clinical trial scheduled for March of this year. The clinical trial will take place at Massachusetts General Hospital in Boston, led by Elaine W. Yu, assistant professor at Harvard Medical School and clinical researcher at Massachusetts General Hospital. “A small study in humans has already been done that demonstrates that altering gut bacteria affects human metabolism,” Yu told The Washington Post.

The fecal microbiota transplant (poop) pills are designed to replace your microbiota with the gut microbes of a donor, according to reports. A healthy microbiome is important to human health. However, over time our low-fiber diets have been slowly destroying the vital microbes in our gut, according to a study published this month in the journal Nature. Your gut microbiota may also be passed on through generations, according to the study. This is why transplanting fecal microbes via poop pills from a healthy, lean fecal donor may have benefits for obesity and metabolic diseases.

Obesity has become a global health concern as poor diet, lack of physical activity, and poor lifestyle choices increase. In the United States, more than one-third (34.9 percent) of the population is considered obese, according to the Centers for Disease Control and Prevention (CDC). Childhood obesity statistics are also troubling, with 12.7 million children in America between the ages of two and 19 considered obese, according to the CDC. The obesity issue also has economic implications. In 2008, the CDC estimated that the annual medical cost of obesity in the U.S. was $147 billion. One can only imagine how high the number will be when the CDC updates its figures.

In the meantime, researchers are looking for answers. The clinical trial for fecal microbiota transplant pills will last for six weeks and involve an estimated 21 participants. Some participants will be given a pill containing fecal matter from a fit and slim donor, while others will receive a placebo. The analysis period following the six-week trial will last for 12 months, as Yu and colleagues track participants for weight loss. 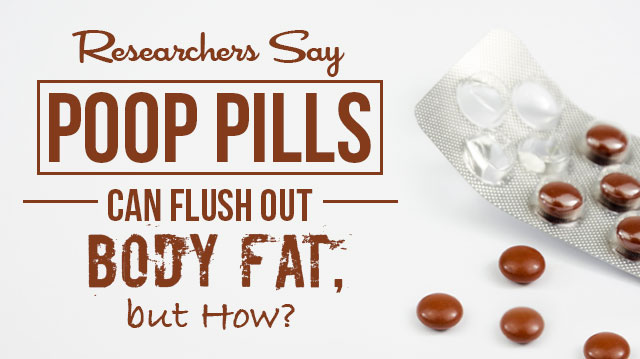 Would you take a poop pill? What if it could make you skinnier? If this trial study shows promising results, I believe there will be quite a few people lined up for poop pills in the near future.

Inevitably, safety concerns come to mind. However, Zain Kassam, chief medical officer at OpenBiome told The Washington Post, “Safety is OpenBiome’s number one priority.” The OpenBiome project is a nonprofit stool bank that was founded in 2012 by Harvard and MIT scholars in an effort to bring fecal microbiota therapy to the public.

“In fact, only 2.8 percent of candidate stool donors pass our robust safety protocols. Having graduated from Harvard, I can say it’s harder to be admitted to OpenBiome as a poop donor than to get into Harvard.” That sounds fairly safe, although the mental barrier of popping poop pills may be too strong for most.

If the clinical trial shows positive results, how quick would you jump on the poop pill bandwagon?