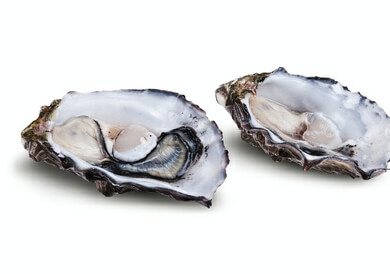 Some people just love the slippery texture and rich taste of oysters. If you are one of them, you should know how healthy and environmentally friendly these little treats really are.

These slippery mollusks have a lot going for them. There are over one hundred species of oysters, and all of them have similar health promoting characteristics.

Unfortunately, over 85 percent of wild oyster reefs on our planet have disappeared. Toxic runoff from Midwest farms is killing oyster reefs in the Gulf of Mexico, climate change has elevated the acidity of ocean waters causing oyster’s shells to soften and invasive crabs and snails are destroying oyster reefs off the California coast.

Why should you care, you ask? For starters, the destruction of wild oysters is just one more indication that we are doing something wrong on this planet. When we fill our fresh waters with toxic sludge, there is bound to be a repercussion. It is not just oysters that are being impacted.

Global warming and pollution of all kinds are destroying wildlife habitats all over the globe. Even if you don’t like oysters you should pay attention to what is happening. Somewhere along the line it will impact you, if it hasn’t already.

Here are some things that you may not know about oysters.

Although very little research has been done to prove that oysters actually increase passion and desire, they may play a role. This is mostly due to the fact that they contain a great deal of zinc, a necessary mineral for sexual health in men. Low zinc levels also play a role in impotence.

Oyster reefs play a highly valuable role in the environment by protecting shorelines from erosion. Reefs protect shores from hurricanes and damaging storms by having a stabilizing effect.

Oysters are filter feeders and stay busy removing bacteria and sediments from waterways. This makes oyster reefs cleaner habitats for clams, crabs, shrimp and snails. Cleaner water encourages the growth of seagrass, a necessary element of the ocean habitat.

Oysters are composed mostly of protein, which is necessary for building muscle mass and for the rejuvenation and growth of cells. According to Hog Island Oysters in California, 6 raw oysters contain 57 calories and almost 6 grams of protein.

Atlantic and Pacific oysters are low in fat, containing about 2 grams in 12 oysters and only small amounts of natural carbohydrates. Oysters are also rich in omega-3 fatty acids, which are necessary for both brain and heart health.

According to the United States Department of Agriculture, oysters are a good source of copper, vitamin B-12 and iron. Steamed oysters provide magnesium, which is necessary for the operation of over 300 enzymes and the release of useable energy from nutrients, as well as potassium, calcium and vitamin D metabolism. Magnesium also helps to keep blood pressure regulated.

Back in the days before refrigeration, it was said that oysters should be eaten only in months with an “R.” These are the cooler months; eating oysters during the summer months could make you sick.

Today, it is still recommended that you eat oysters during the cool months, mostly because spawning, which occurs in the warmer months, makes the oysters less tasty.

Unlike other ‘farmed’ food, it is best to eat farmed oysters. Most fish-farming businesses allow non-native species to escape into the ecosystem and spread disease, but oyster farms do a great deal to improve the quality of oceans and bays.

Oysters in offshore farms are like sponges. They not only filter minerals but also take up nitrogen from the water; making their environment very clean. They do not add waste or pollute the water in any way.

Because of this, oyster farms do not need to use chemicals in production. Wild oysters, on the other hand, may come from very polluted waters or be acquired through dredging, which destroys sea floor habitats.

So, go ahead and eat farmed oysters and let their wild cousins repopulate.