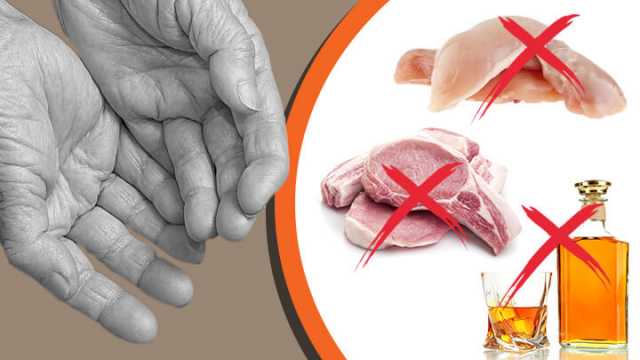 What does it take to be a supercentenarian? For 117-year-old Violet Mosse-Brown, the world’s oldest living person, it takes respect for family, a positive outlook and avoiding these two foods. And, after some careful consideration, you may want to avoid (or at least limit) these foods as well.

Oldest person in the world

Jamaican-born, Violet Mosse-Brown is officially the oldest living person on earth according to the Gerontology Research Group. Brown, born March 10, 1900 — 67 years before Jamaica was founded — is the last living subject of Queen Victoria.

The world’s oldest human is Jamaican Violet Brown, who was born on March 10, 1900. Congrats Violet. pic.twitter.com/AnjXdHK1Kz

Brown, raised Christian, has been a music teacher and church organist for over 80 years. After the death of her husband in 1997, she took over his responsibilities and became a record-keeper for the local cemetery. She even continued to keep the cemeteries records long after her 100th birthday.

In her younger years, Brown worked as a plantation worker cutting cane and also as a maid, reports Mail Online. Eventually, she purchased property and began to grow her own sugarcane. In her younger days, Brown carried the sugar cane on the back of a donkey — and even on her head. Later, she opened the only bread shop in town. She also worked as a music teacher and seamstress.

Although the longevity gene clearly runs in Brown’s family, sadly, a recent press release from the Violet Moss Foundation reports that Brown’s eldest son, Harold Fairweather died April 19, 2017. He was 97-years-old. Both of Brown’s parents also lived to 96 years old, according to the Jamaica Observer.

Brown — fondly known as Aunt V — has lived to see five generations. She became the oldest living person in the world after Emma Morano of Northern Italy, who previously held the title, died earlier this month at 117-years-old. Morano, whose life spanned three centuries, saw two World Wars, an abusive marriage and the loss of her only son.

Even a perfect diet cannot guarantee longevity; there are always other factors at play. Brown told local Jamaican newspaper, The Gleaner, that she attributes her long and happy life to living right, which includes a respect for family, life and people in general. She also credits her longevity to the many years she worked so hard.

And, when it comes to diet, Brown claims to eat whatever she wants — not exactly a recipe for success, but it clearly works for her. But she also excludes certain foods from her diet.

“Really and truly, when people ask what me eat and drink to live so long, I say to them that I eat everything — except pork and chicken,” Brown told The Gleaner. “And, I don’t drink rum and them things,” said Brown.

Violet Mosse-Brown could be right

When it comes to rum and other spirits, science is up for debate. Some studies suggest that even a little alcohol is bad for you. Yet, other studies suggest that moderate amounts may be beneficial — the key being moderation. Brown abstains from alcohol, and it clearly works for her.

But, when it comes to eliminating or at least reducing the amount of chicken and pork in your diet, Brown could be onto to something.

Is there any truth to excluding chicken and pork from your diet?

The optimum diet for longevity is up for debate. But is there any validity to excluding chicken or pork from your diet? Most people have heard about the importance of limiting their consumption of red meat. Eating too much red meat is thought to raise your risk for colorectal cancer and other health problems. And according to Harvard Health, red meat, which is particularly processed, can even shorten your life.

But when it comes to chicken, most assume that it’s a healthier alternative to red meat. Today, about eight billion chickens are slaughtered yearly in the U.S. according to Purdue University. Many meat-eating Americans eat chicken almost daily. But back in the day, Chicken was saved for special occasion dinners only.

While organic and free-range chickens are always best, there’s still some valid reasons behind limiting your consumption of chicken. According to the University of California Medical Center when it comes to cholesterol, 3.5 ounces of chickens has the same amount of cholesterol — about 85 milligrams —  as beef, and that includes chicken without skin.

And when it comes to putting pork on your fork, understand that it too ranks right up there with both chicken and beef in cholesterol. Meanwhile, a report by Jill Ettinger for Organic Authority suggests that a common practice in the poultry industry involves feeding chickens arsenic to make them grow faster. Arsenic is highly toxic to humans and can cause cancer, dementia, neurological problems and other ailments.

A study conducted by scientists with the Physicians Committee for Responsible Medicine tested chicken products sold by 15 grocery store chains in 10 U.S. cities for fecal contamination.

Ironically, pigs do not have sweat glands. That means they can’t remove excess toxins through sweat like humans can. And, since pigs are scavengers by nature, they’ll eat almost anything including rotten food, dead carcasses of sick animals or even their own feces, according to Dr. Axe.

Unlike a cow’s digestive system, a pig’s is not designed to filter out toxins. Their digestive systems are incapable of effectively removing these accumulated toxins. Therefore, these toxins work their way through the pig and are deposited in the animal’s flesh, making it easy for humans to digest.

Meanwhile, some pig farmers will purchase garbage, such as rotting meat, to feed their hogs. An investigation by Consumer Reports found that 69 percent of all raw pork samples tested were contaminated with dangerous bacteria known as Yersinia enterocolitica. This bacterium can cause fever, gastrointestinal illness, diarrhea, vomiting and cramps. According to the report, it infects about 100,000 Americans a year, particularly children.

What’s the perfect formula for longevity?

Okay, so there’s no magic pill or fountain of youth, or even a specific formula for longevity. Clearly, genes play a significant role. In the end, we’re not all cut from the same cloth, which is why a top athlete can drop dead after a big race or a plump granny can live to 100. But if you want to improve your chances of becoming a supercentenarian, follow the lead of those who have achieved it.

Don’t be afraid of a little hard work and include exercise in your daily life. Go easy on the alcohol or anything that numbs your senses and adds toxins to your body. Eat a healthy diet filled with whole foods with little to no preservatives. Go easy on chicken and pork. And most importantly, live your life to the fullest and maintain a positive outlook.