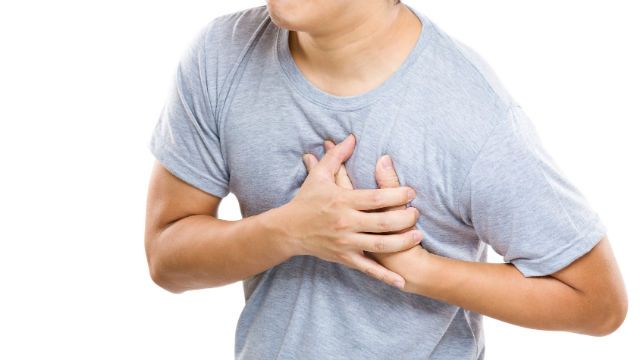 A new study reveals what most of us already knew: the majority of heart attacks can be prevented by following a healthy lifestyle. While the research focused on men, future studies are likely to find the same for women too.

In this study conducted in Sweden, published September 22 in the Journal of the American College of Cardiology, 4 out of 5 heart attacks in men can be prevented when they follow a lifestyle that includes maintaining a healthy weight and diet, following a regular exercise program, avoiding cigarettes and keeping alcohol consumption to a minimum.

Unfortunately, most Americans are not following that advice, according to the researchers. In fact, they estimate that fewer than 2 percent follow lifestyles that would be considered ideal for cardiovascular health – and, approximately 720,000 suffer heart attacks each year.

For this study, the researchers analyzed medical records and surveys of more than 20,000 Swedish men who were 45 to 79 years old in 1997. At the time, they had no history of heart disease, diabetes, cancer, high blood pressure or high cholesterol. They were followed until 2009 to see how they fared.

Of the 1,724, or eight percent, of the men who didn’t practice any of the five healthy behaviors, 166 wound up suffering heart attacks, but of the one percent (212) who practiced all five, just three had heart attacks.

Dr. Sam Brar, director of vascular and endovascular medicine and a cardiologist at Kaiser Permanente, told CBS News, “I think the magnitude of reduction of heart attack is really, really tremendous.”

Brar also noted that when it comes to heart attack risk, even a man who has not taken the best care of himself can still benefit from these simple lifestyle changes.

Even just changing some behaviors for the better can help. The researchers found that each behavior by itself was able to reduce the risk for heart attack. The study found that eating a diet rich in beneficial foods like fruits, vegetables, nuts and whole grains was linked to a nearly 20 percent lower risk compared to those who practiced none of the healthy behaviors.

The study’s lead author, Agneta Akesson, an associate professor with the Institute of Environmental Medicine at Karolinska Institute in Solna, Sweden, says that previous studies also suggest healthy living has a similar effect on women.

The bottom line of this study, Akesson said, is that the research suggests that men should aim to change their behavior in all five areas analyzed. They can eat better, lose weight, exercise (the healthiest men cycled or walked at least 40 minutes a day), stop smoking and drink only moderately, which was defined as about one drink a day.