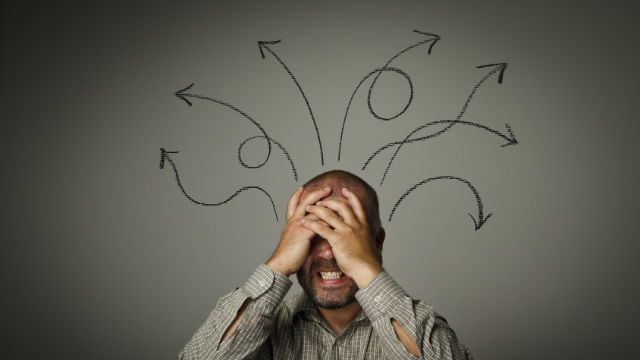 Uncontrolled anger can not only destroy relationships, it can also, according to a body of research, wreak havoc on your heart. A new analysis recently published in the European Heart Journal concluded that an angry outburst equates to a nearly five-fold increase in heart attack risk over the following two hours.

For their analysis, researchers operating out of the Beth Israel Deaconess Medical Center surveyed relevant data from four large US medical databases. They examined data compiled on anger and heart instances between 1966 and 2013, and found nine studies that focused on anger and heart attacks, strokes, angina (chest pain often due to poor blood flow to the heart) and other similar heart issues.

This analysis is not the only research linking anger to an increased risk of heart problems. A 2006 article published in the Harvard University Gazette details some of the effects of anger on the heart. The authors mention a study of 1,305 men, average age 62, which found that those who possessed the highest anger levels were three times more likely to eventually have heart disease than those who were the calmest.

The article also mentions another study, performed at Johns Hopkins School of Medicine, which followed just over 1,000 medical students over the course of 36 years. Those who were the most prone to anger were found to have a six-fold increase in the chance of having a heart attack by age 55 than those who were not prone to anger.

The authors of the new 2014 analysis point out that although the risk is higher, having a heart attack after an angry episode is still unlikely. They also point out, however, that for those with pre-existing heart conditions, it can be especially dangerous.

While everyone gets angry sometimes, there are many things we can do about it to prevent an all out, heart-threatening explosion. When in the midst of an enraging situation, some find it helpful to leave the situation and take a walk outside.

Some find relief in going a few rounds with a punching bag. Exercise is a great solution, as it increases endorphins, refocuses the brain, and for many, can greatly help to cool down rage.

If you are a person who is prone to anger, you may find that regularly practicing meditation is surprisingly helpful. Taking time on a daily basis to center yourself in the present moment can put you in touch with what is really bothering you, letting you

address problematic life situations before they build up and explode.

As repressing anger is a terrible idea – it always boils to the surface eventually, often with even more explosive impact – mindfully confronting these issues instead of stuffing them deep down can do a world of good.

Whatever method works for you, it is really worth it to the well-being of your heart – and your life in general – to be calm.