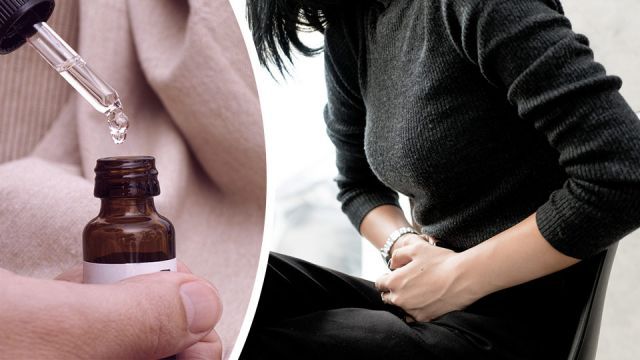 Urinary tract infections, or UTIs, are an infection of either the kidneys, ureters, bladder or urethra — basically, anything that the urine passes through on its way out is fair game for a UTI. And if you’ve ever been unfortunate enough to suffer from a UTI, they’re very uncomfortable indeed.

UTIs are one of the most common forms of infection in humans. While most cases of urinary tract infection are resolved relatively easily via a course of antibiotics, it’s worth noting that things can quickly become very serious if misdiagnosed or mistreated. In fact, UTIs are also one of the most common sources of life-threatening infections, with obstruction of the urinary tract very quickly turning mild (if extremely uncomfortable) symptoms into something very serious indeed. UTIs are not to be taken lightly.

Obviously, your first step should always be to seek out professional advice. In the United States, UTIs account for more than 10 million visits to the doctor’s office every year. The symptoms of UTIs can make everyday life almost unbearable, causing most people to rush to the nearest medical establishment to seek relief.

Here are some of the most common symptoms associated with a UTI:

Clearly, a UTI is not to be taken lightly. This is especially the case in infants and children, who are at a lower risk of developing a UTI but at much higher risk of serious complications if they do.

In most cases, UTIs develop when E. coli bacteria travel from the area around the anus to the opening of the urethra (we won’t ask why that came to pass). Usually, the act of peeing would be enough to dislodge these pesky bacteria from the urethra, but sometimes their numbers can be too great and they begin to take up residence in the urinary tract, slowly but surely making their way up towards the bladder and kidneys — which is when the serious symptoms start to make themselves known.

UTIs can affect anyone, but they’re more common in people prone to kidney stones, postmenopausal women, people with weak immune systems, men with enlarged prostates, pregnant and breastfeeding women, and sexually active women. If you find yourself in one of these groups and start feeling a burning sensation when you pee, get it checked out ASAP.

Usually, a trip down to the doctors with a UTI will see you walking out of the drug store shortly thereafter with prescription antibiotics. The issue with antibiotics is that, while they do have a relatively high success rate in first-time patients, most of us have received antibiotics throughout our lives and as such have built up something of a resistance to them. This means that the more antibiotics you’ve exposed your body to, the more pathogenic bacteria have found ways to shield themselves from future antibiotic treatments.

In addition, standard antibiotics are broad-spectrum in nature: they’re not in the slightest bit selective in what species of bacteria they wipe out. Thus while they might take out a batch of E. coli now living in your urinary tract, they also wipe out the good bacteria that also call that area of your body home. This creates something of a microbiological niche for pathogenic bacteria, who can move in to occupy the space previously inhabited by those trusty good bacteria. When this happens, your future risk of infection and other urinary complications increases tenfold.

With this in mind, it’s often best to seek out more holistic approaches that treat your UTI problem without compromising your future health. One such treatment is colloidal silver.

Colloidal silver was actually the biggest name in antimicrobial medicine before the advent of penicillin. As far back as the 1600s, contemporary doctors prescribed it for a range of infectious diseases, and with surprisingly impressive results. But in the face of penicillin’s ability to wipe out absolutely everything microbial in its path, along with the capitalist problem of not actually being able to patent silver, the wonders of colloidal silver dropped off the face of medicine.

But now, with the world’s pathogens now catching up with the antibiotic strains every doctor seems hell-bent on prescribing, colloidal silver is once more gaining popularity. The beauty of colloidal silver is that, while it has an antimicrobial effect similar to antibiotics, it doesn’t compromise the immune system in the process — and there’s no way for pathogens to build resistance to good ol’ silver!

When suspended in ionized water, colloidal silver is absorbed by bacteria in the cell membranes. From here, it begins to deconstruct pathogenic bacteria from the inside out, beginning with uncoupling of the respiratory system and interfering with membrane permeability. In short, the vital functions that keep a bacterial cell “alive” are halted when the silver nanoparticle is absorbed, meaning even antibiotic-resistant bacteria can’t withstand the onslaught.

All this means that colloidal silver may actually provide a better treatment for an uncomplicated UTI than antibiotics — and you can buy them from any health store, without the need for even visiting a doctor in the first place.

How to use colloidal silver for UTIs

Everyone is different, so it’s hard to recommend an exact dosage for any single person. That being said, a good starting point might be to drink half a glass of high-quality colloidal silver twice a day — just ask at your local health food store, making it clear that you’re planning on taking it internally. This should ensure that the E. coli residing in your urinary tract are exposed to the antibacterial silver nanoparticles regularly enough to wipe them out in sufficient numbers.

If it’s a particularly bad UTI or the symptoms have been apparent for some time, however, you might need to up your dosage. Some people report that they needed to drink two glasses a day of colloidal silver for two weeks to fully treat the UTI. Some experimentation is going to be necessary.

Combining your colloidal silver UTI treatment with other practices will ensure the UTI recedes faster, like drinking cranberry juice, drinking lots of water to flush the bacteria out, drinking apple cider vinegar, and ensuring you’re eating plenty of nutritious fruits and vegetables.