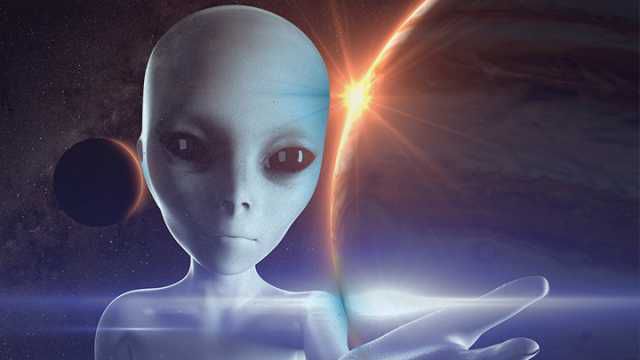 The search for alien life is really taking off. Not since the inception of America’s space program has there been so much interest in extraterrestrials. As a result, a host of intriguing new ways to try and answer the question “Are we alone?” have emerged. With that in mind, let’s look at five interesting new approaches that scientists are taking to search for aliens.

In 1976, two of NASA’s Viking rovers touched down on Mars. Their mission was to collect soil samples and scour the red planet’s surface for signs of life. Thus far, scientists have failed to find incontrovertible evidence of life anywhere in the Martian deserts.

Nevertheless, the probe technology has proven tremendously successful. Now, researchers are poised to begin a new phase of space exploration as unmanned spacecraft are being prepared to investigate the outermost regions of our solar system.

In particular, NASA is readying both an orbital satellite and a lunar landing craft, which will set their sights on one of Jupiter’s moons — Europa — which scientists say may be the most promising remaining candidate among our planetary neighbors to harbor signs of life.

Scientists believe that Europa has a humongous ocean trapped beneath its lunar core. According to science writer Lee Billings, “Data from previous spacecraft flybys hint [that] Europa’s ocean is billions of years old and in direct contact with the moon’s hot, rocky core, offering life sufficient time and energy to get started somewhere within.”

Researchers expect the orbital probe will use spectrography to study geysers and plumes of vapor emerging from craters and cracks in Europa’s lunar crust. Next, scientists hope that the landing craft will touch down and collect samples, which could contain direct evidence of biological activity. In case you are wondering, the orbital satellite is scheduled to launch sometime after 2020 and the landing craft could touch down as early as 2031.

So far, scientists have tended to look for evidence of fossilized remains when scouring high-resolution images from the moon, Mars or other planetary surfaces. But what if alien beings were soft-bodied (like octopuses)?

In fact, looking for signs of extraterrestrial waste products increase the chances of finding something. After all, as paleontologist Lisa Buckley recently put it, “You have a heck of a lot more chance of finding the trace of an organism than you do the actual organism itself. One animal will leave countless traces in its lifetime, but it’s only ever going to leave one body fossil.”

All biological organisms consume energy. Therefore, every physical being has to excrete waste. However, scientists have no idea what an alien bowel movement might look like. In addition, distinguishing petrified stool from natural geological formations may not be easy. However, if scientists like Lisa Buckley are correct, the first signs of intelligent life beyond earth may come in the form of extraterrestrial poop.

Astronomers can see distant stars directly, but in most cases, distant and comparatively small planets are not readily apparent. However, scientists have found intriguing ways to infer the existence of potentially Earth-like exoplanets. One recently developed method involves the discovery of gravitational shadows, which are cast upon the gas and dust disks that often encircle young stars.

Scientists still aren’t sure what to make of this recently discovered phenomenon. However, astronomer John Debes, who led a research team that first observed the strange shadow effect, said that “The most plausible scenario is the gravitational influence of an unseen planet, which is pulling material out of the plane of the disk and twisting the inner disk.”

The discovery of potential exoplanets elsewhere in the galaxy will help astronomers focus their observational efforts on the space regions most likely to harbor alien life.

Oxygen levels in the earth’s atmosphere rose at the same time life emerged. Naturally, scientists believe that finding signs of abundant oxygen on an exoplanet could dramatically increase the chances of finding alien forms of life there.

In the next couple of years, NASA plans on launching something called the Transiting Exoplanet Surveying Satellite. Its mission is to observe and collect data from more than 200,000 relatively local exoplanets. Astronomers hope to use high-resolution spectrography, which will have the ability to detect oxygen and other life-friendly molecules in distant planetary atmospheres.

Of course, with so many planets out there supplying an abundance of raw information, astronomy is likely to become even more of a data driven science. In some instances, astronomers are enlisting private computer users — call it galactic crowdsourcing — to help sift through and analyze this interplanetary data.

5. Kickstarting the search for alien life

Increasingly, astronomers are enlisting the public’s support when it comes to the search for alien life. This includes Kickstarter campaigns to fund novel technologies that will extend humanity’s capacity to discover extraterrestrials. The fundraising pitches encompass planetary telescopes looking for the biosignatures of life, efforts to investigate possible alien megastructures, and projects to investigate the most mysterious star in the galaxy.

In the past, you had to be a rocket scientist to be at the forefront of the search for alien life. Now, even the most down-to earth person can get in on the act.