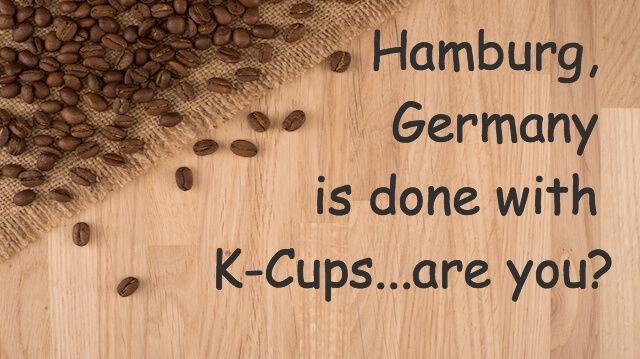 Coffee: For many of us, it’s an absolute must-have in the morning. Many of us also find ourselves pressed for time early in the day, and convenience may sometimes overrule common sense when it comes to our cup of joe. I’m talking about the Keurig craze.

Nearly one-third of American homes now sport a Keurig machine (or a similar brand of coffee pod–utilizing machine), which dispenses coffee using single-serve pods. While these pods are certainly convenient, they’re disastrous to the environment.

K-Cups are manufactured from a combination of plastic and aluminum. This makes it very difficult to recycle them — many places simply do not have the resources to do so. According to The Atlantic, if all the K-Cups sold in 2014 — 9.8 billion — were lined up in a row, they would circle the Earth 10.5 times.

In 2014, only five percent of the K-Cups produced were considered recyclable. The rest? Landfill waste. As if our landfills didn’t have enough plastic to contend with. On top of that, the Keurig machine itself is very difficult to clean, and because the tank does not drain all of the way, it’s a magnet for potentially dangerous mold.

In Germany, about 13 percent of people use a Keurig, or another type of coffee pod machine, each day. The city of Hamburg, the second-largest city in Germany, has had enough. Recently, coffee pods have been banned from all government-run buildings in the city. It’s a crucial first step.

Regarding this measure, Hamburg Department of the Environment and Energy’s Jan Dube stated: “These portion packs cause unnecessary resource consumption and waste generation, and often contain polluting aluminium. The capsules can’t be recycled easily because they are often made of a mixture of plastic and aluminium. It’s 6 grams of coffee in 3 grams of packaging. We in Hamburg thought that these shouldn’t be bought with taxpayers’ money.”

Even the inventor of the K-Cup, John Sylvan, does not use K-Cups, and has actually told The Atlantic that he regrets inventing them. He stated: “I don’t have one. They’re kind of expensive to use. Plus it’s not like drip coffee is tough to make.”

He also told The Atlantic: “No matter what they say about recycling, those things will never be recyclable. I feel bad sometimes that I ever did it.” 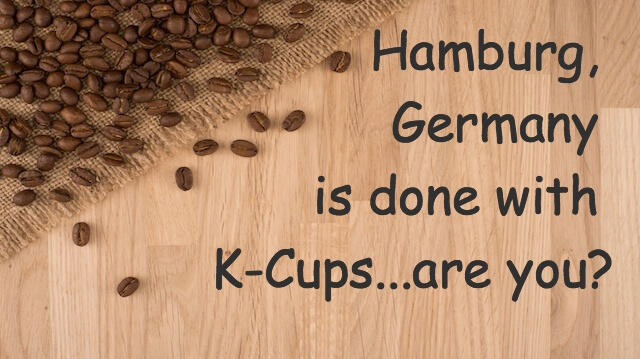 John Rice and Nigel Martin, two Australian researchers, summarized for The Conversation: “Pods are emblematic of a wider problem in our society, where we often say one thing and generally do another. In this case, where many of us like to speak about being ‘green’ or living sustainably, even while sipping from a cup of coffee produced by an industry that is about as sustainable as an ageing Soviet nuclear power plant.”

Keurig has tried to redeem itself by pledging to make K-Cups fully recyclable by 2020. However, many experts — and the inventor himself — do not think this is possible. And think of the waste that would accumulate in landfills in the meantime.

As far as the appeal of the Keurig system, Sylvan says it best: “It’s like a cigarette for coffee, a single-serve delivery mechanism for an addictive substance.”

Hamburg has set a strong example by banning coffee pods. Let’s hope that other cities follow their lead and that coffee pods can become a thing of the past — before there are so many littering the planet that archaeologists will find them hundreds of years from now.