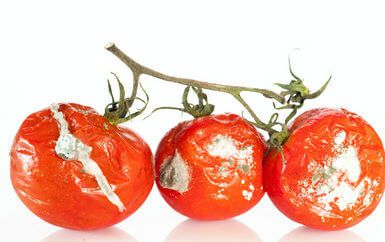 A padlock on the Statue of Liberty is one thing but shutting down the FDA food inspections is quite another, especially if the latest government gridlock continues for much longer.

At one time, squabbles over spending bills were kept within the walls of Congress, but with the Carter administration, everything changed and no government work could go on until Congress agreed to pay for it.

This conclusion was reached based on a rather obscure statute that said that employees could not work where there was no money and that they were actually illegal volunteers if they did their job. So, lights were shut off, and desks were empty as government employees went home unsure of if or even when they would be paid.

This is where we are today with the latest government shutdown, and while many of us may despair that we can’t see the panda cam at the National Zoo or visit one of America’s fine National Parks, of perhaps greater concern should be the fact that the Food and Drug Administration has suspended the food safety inspection program while issues in Congress are boxed out.

Although the United States Department of Agriculture’s Food Safety Inspection Service will continue inspecting all meat production facilities, a considerable portion of the food industry inspection services, carried out by the FDA, will not happen in light of the shutdown. Apparently, food inspection is deemed a non-essential service.

What Does This Mean?

Until Congress and President Obama are on the same page with regards to a bill to fund the federal government, some 80 food facilities that normally receive daily inspection services will go without. If the shutdown lasts until October 17, 960 facilities will have continued operations without inspection.

According to the FDA, some of the facilities will be inspected by agency partners in state agriculture and public health departments, but it is unknown how long this will continue as the FDA funds these state agencies to inspect on their behalf.

When the FDA inspects food facilities, they search for safety infractions and, if found, issue warning letters such as those issued in the recent past concerning such things as mould found on cooking implements, flies around food, dirty water used in processing etc… While not all of these infractions have led to consumer sickness, the risk exists, which means any lack of inspection is a gamble at best.

Another concern is that random, unannounced inspections from the FDA are designed to keep manufacturers on their feet, and committed to safety – it just keeps everyone honest. Now that these food processing centers know that the FDA won’t be making any surprise visits for the foreseeable future, will corners be cut in lieu of profit or “just because?” Let’s hope not.

Food advocates are pleading with Congress to bring the present shutdown to a halt as soon as possible or at least to fund the food safety program with a separate bill. When one looks closely at this, they would surely support such an action.

Action Step: Shop local, if possible, during this shutdown to protect you and your family.