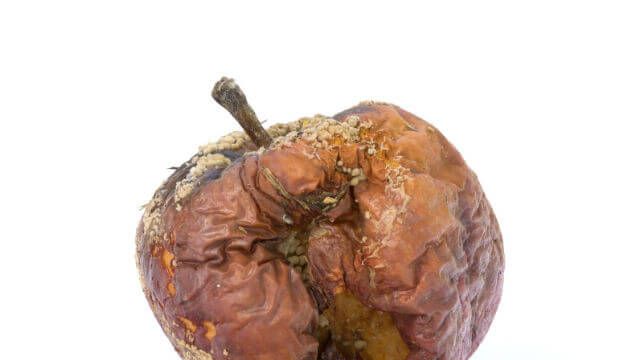 If you’re walking by your grocery store’s produce section and happen to see a new “Arctic” variety of Granny Smith or Golden Delicious apples… just keep walking. Unless, of course, you wish to consume the newest approved GMO: the non-browning apple.

The truly sad thing about the apple going GMO is that this fruit has long symbolized the pinnacle of health: “an apple a day keeps the doctor away.” Lucy Sharratt, coordinator of the Canadian Biotechnology Action Network, worries that releasing the GMO apple will instead make the apple an, “industrialized product sold in plastic bags.” Sad.

The only so-called “benefit” of the Arctic apple is that the fruit slices do not brown when exposed to oxygen. The company behind the monstrosity, Okanagan Specialty Fruits (OSF), and its president, Neal Carter, say that this will lead to less waste, as children and picky adults will be less likely to throw out the slices if they do not brown.

This speaks directly to our backwards mentality regarding food. When a fruit browns, it is a natural reaction, which we in our modern mindsets find unappealing. However, if it unnaturally retains its crisp, white shade, this somehow rings as more appetizing in our minds. We as a society are becoming more and more divorced from nature by the day.

To produce the “Frankenapple,” existing genes within the apple are doubled, which works to nullify the genes and stop the browning reaction. The Organic Consumers Association (OCA) states that while the USDA has approved these apples as “safe,” the altered RNA of the apples could appear in our digestive and circulatory systems.

Critics of this new biotechnology also worry that multiple human organ systems could be influenced at a cellular level by the introduction of the apple, and that growing them could lead to even more pesticide use – and conventionally grown apples are already one of the most pesticide-heavy fruits out there.

You won’t see these “Arctic” apples quite yet, but be on the lookout in the next year or two. According to Carter, test-market quantities should be around by late 2016. Carter also previously stated that OSF is working on modifying Gala and Fuji apples, too.

This is another situation where we vote with our dollars. Although the GMO apple may hit the shelves, we don’t have to buy them, or try them. If enough people simply refuse to eat it, the Frankenapple may be forced to skulk back into the hole from which it came.