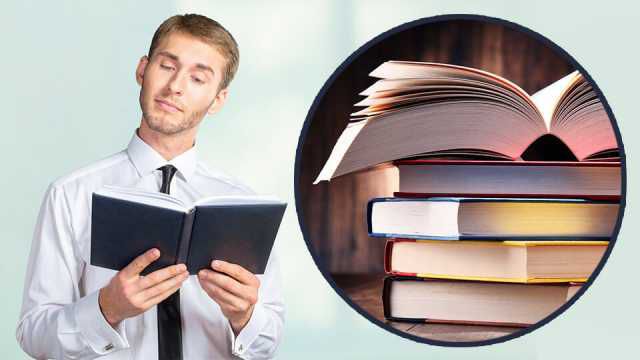 If your goal as an entrepreneur is to build a successful business, then you may want to read the books that helped propel successful business leaders to the top. Information is power, and through these nine books, you may just find the answers you need to make your business prosper.

1. “The Effective Executive” by Peter Drucker

Entrepreneur Jeff Bezos, founder and chief executive officer of Amazon.com and owner of The Washington Post has achieved successes than most entrepreneurs only dream of. So, it makes sense that we take a closer look at the books that inspire Bezos. In a LinkedIn post, CNBC tech correspondent Jon Fortt said the ultra-successful entrepreneur created three all-day book clubs for his senior managers over the summer. Bezos had his top executives read classics that helped him sketch out the future of his company.

“The Effective Executive” by Peter Drucker, uncovers the time-management and decision-making habits that best equip an executive to be productive and valuable in an organization. This involves doing what other people have overlooked as well as avoiding what is unproductive. Drucker explores five practices essential to business effectiveness that can, and must, be learned:

2. “The Innovator’s Dilemma” by Clayton Christensen

The second book Bezos chose for his execs to read was “The Innovator’s Dilemma” by Clayton Christensen. The author exposes the failure of many industry leaders. He suggests that by placing too much focus on pleasing their most profitable customers, these firms actually paved the way for their own demise. Christensen analyzes the strategies to successfully grow new businesses while outpacing the other players in the marketplace.

3. “The Goal” by Eliyahu Goldratt

Bezos’s third choice, “The Goal,” by Eliyahu Goldratt is a gripping, fast-paced story that revolves around Alex Rogo, a plant manager working desperately to save his factory, which is rapidly heading for disaster. The story of Alex’s fight is highly engaging, but more importantly, provides a persuasive solution for businesses struggling with production delays and low revenues.

“Today, more than two decades after Warren lent it to me — and more than four decades after it was first published — “Business Adventures” remains the best business book I’ve ever read.”

Some might wonder how this collection of New Yorker articles from the 1960s remains relevant today. However, Brooks’ deeper insights regarding business are as relevant today as they were in the 1960s.

Billionaire Elon Musk, CEO of Tesla and SpaceX, says this book is one of his all-time favorites. In an interview with Foundation, Musk said of Franklin’s biography, “You can see how [Franklin] was an entrepreneur. He started from nothing. He was just a runaway kid.”

In this biography, Isaacson chronicles the adventures of the runaway apprentice who became America’s best writer, inventor, media baron, scientist, diplomat and business strategist — as well as one of its most practical and ingenious political leaders to date.

6. “As a Man Thinketh” by James Allen

Multimillionaire, entrepreneur and inspirational coach Tony Robbins has read “As a Man Thinketh” by James Allen over a dozen times. In an interview with Business Insider, Robbins revealed that he often gives the book as a gift because it’s concise, easy to read and profound. “It’s the whole concept of understanding that your thoughts really, truly shape everything in your life that you feel and experience,” says Robbins.

In his book, Allen shows how our thoughts determine reality. Whether we are conscious of it or not, our underlying beliefs shape our character, our health and appearance. Our beliefs can even shape our circumstances and our destinies. Allen goes on to reveal how we can master our thoughts to create the life we want.

7. “How to Win Friends and Influence People” by Dale Carnegie

“How to Win Friends and Influence People” has carried countless people up the ladder of success in their business and personal lives. Some of the things it can teach an entrepreneur include:

Published in 1937, Hill draws on stories of Andrew Carnegie, Thomas Edison, Henry Ford and other millionaires of his generation to demonstrate his principles. However, in the updated version, author Dr. Arthur R. Pell, an expert in applying Hill’s thought, deftly interweaves anecdotes of how contemporary millionaires and billionaires, such as Bill Gates, Mary Kay Ash, Dave Thomas and Sir John Templeton, achieved their wealth.

There you have it: eight books that will inspire both novice and seasoned entrepreneurs to reach for the stars.