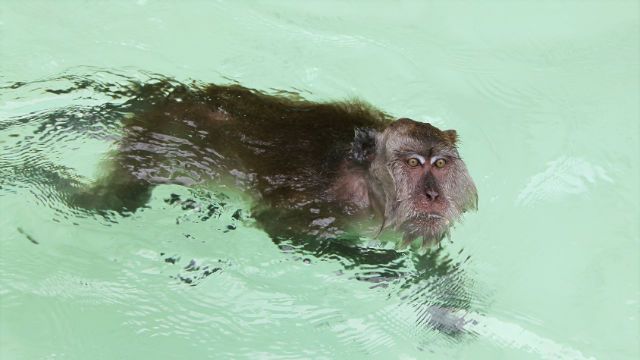 Sea-Monkeys. What are they? Where do they come from? Why are they even called monkeys? They are the gift you give your children when they ask for a dog, then you forget three weeks later that they even exist and accidentally dump them down the drain. Oops.

The mystery is almost unbearable: are they reptiles, fish? Continue reading to have your most burning questions about Sea-Monkeys finally answered.

It turns out Sea-Monkeys aren’t reptiles or fish, and they’re obviously not monkeys. The inventor of Sea-Monkeys, Harold von Braunhut, was originally planning on calling them Instant Life but apparently that name wasn’t catchy enough for children. So he brainstormed, focus-grouped and sacrificed the actual facts for a better name.

They were called “monkeys” for their tails, but the sea part is pretty misleading. In fact, if you think about it, Sea-Monkeys manage to live in treated tap water, so they’re obviously not ocean creatures. The mysterious Sea-Monkeys are in actuality just brine shrimp, which are crustaceans. Does that spoil the idea of the little guys?

These instant shrimp were originally marketed in comic books, shown as humanoid creatures that you could train. Oh how disappointing marketing can be.

Unless you find it interesting to stand in front of your Sea-Monkeys tank waving a flashlight around and having them follow it, then you’re out of luck in the training department. The shrimp are now sold only for the novelty of having a package of powder, then “just add water!” and boom, like magic.

Not quite magic though – it’s science. The powder in the kit is a combination of eggs and nutrients that are vital in order for the brine shrimp to live. The shrimp were cultivated and bred to live longer than usual by Harold von Braunhut in the 1960s, when something gave him the idea that shrimp would be a great product to sell to children. Maybe it’s the sheer childish joy that they provide. The idea that you are growing, feeding and keeping such tiny creatures alive.

If you happen to get Sea-Monkeys as a gift and want to keep them alive, here are a few tips that might help in your quest for “instant life.”

However, if you’re getting your child a pet as a holiday gift, maybe try going with a gerbil or a hamster. Sea-Monkeys are kind of weird.