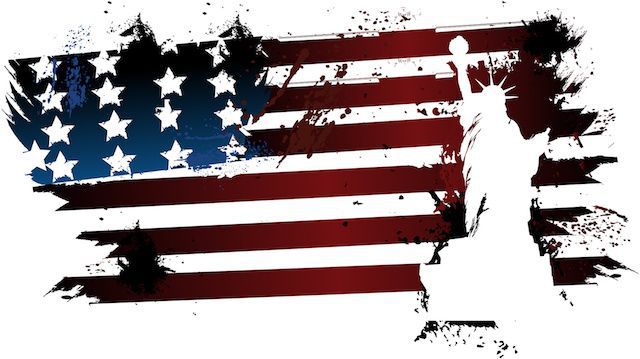 There are some pretty dangerous places in the world. Countries like Iraq and Syria, for example, offer danger around every corner. By comparison, the United States is a safe place to live. But do we actually feel safe?

It’s hard to point out one concrete reason for this fear, but one reason might have to do with the accuracy of these surveys themselves. While that post 9/11 poll might have only found 20 percent of Americans saying they felt less safe, experts say that cultural forces play a role in influencing how people respond.

“If you think that the society around you expects courage, you may be scared as the dickens but you’re not going to say it to a pollster,” Peter Stearns, author of American Fear: The Causes and Consequences of High Anxiety, told Time Magazine.

Even if we accept this theory, the fact remains that Americans are frightened. This is a country where Franklin D. Roosevelt said “we have nothing to fear but fear itself.” So what happened? According to Stearns, one possibility is that people feel like they will have to confront the challenges of the world on their own.

For instance, although the attack on Pearl Harbor was certainly shocking and unsettling, even those who disagreed with Roosevelt’s policies felt the country had the military might to defend itself and win the war. With the War on Terror, we face an enemy that is harder to see. As we have seen with the Iraq and Afghanistan wars, victory is hard to define.

Another reason is the so-called “proliferation of fear,” especially in our politics. Stearns identifies Lyndon Johnson’s “Daisy” ad — where a little girl picks flowers while a nuclear countdown takes place — as the first ad to use fear to make a point. Since then, many similar ads and rhetoric has been used, such as Donald Trump’s call to ban all Muslims from America after the ISIS attacks.

What do we fear?

Of course, just because we are questioning why Americans are more scared doesn’t mean we don’t have good reason to be fearful. Seeing deadly terrorist attacks or the latest mass shootings on the news can’t help but make us feel a bit fearful and, according to experts, that is perfectly rational. In his book The Culture of Fear: Why Americans Are Afraid of the Wrong Things, Barry Glassner wrote that Roosevelt was wrong when he said the only thing we had to fear was fear itself. He argued that the problem isn’t that we are fearful, it’s that we are fearful of the wrong things. Being scared of things like shark attacks or violent crime distract us and prevent rational responses to smaller but more direct threats.

So what do Americans fear? According to a 2015 survey by Chapman University, the number one fear was corruption of government officials, clocking in at 58%. It was followed closely by cyber terrorism, tracking of personal info, and terrorist attacks at 44.8%, 44.6%, and 44.4%, respectively. All of these fears have been in the news lately in some form or the other, so it’s understandable why these are on Americans’ minds.

These general fears are rational, according to Glassner. What isn’t rational are situations such as a parent who fears kidnapping but doesn’t require his or her child to wear a bicycle helmet. Another example of irrational reactions to fear comes from the Chapman University study, which found that 86% of Americans believe that having an emergency response kit would improve their chances of surviving a natural disaster yet 72% have made no effort to acquire such a kit. The most popular excuse? Expecting first responders to come to their aid, something researcher said was “unrealistic” during a major natural disaster.

Despite this irrationality, Glassner believes that Americans do want think and act rationally, a sentiment Stearns agrees with.

“If the argument is right that some societies go through periods where fear goes up unnecessarily, by the same token there are periods when it goes down, maybe also sometimes more than it should,” he told Time Magazine. “I don’t expect this to last forever, but I can’t pretend that I can predict when it’s going to relax.”