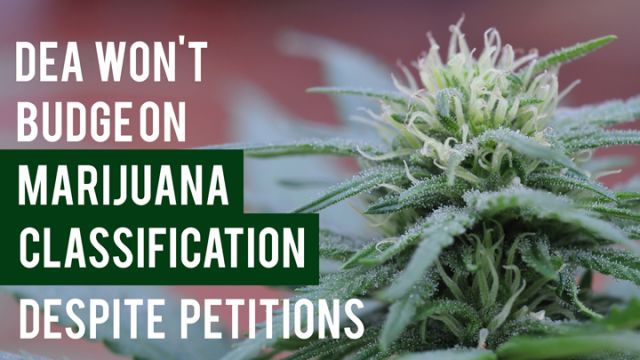 The United States Drug Enforcement Administration (DEA) has just made an announcement which strikes a crushing blow to medical marijuana supporters around the country: despite the evidence of its benefits, marijuana is to remain a Schedule 1 drug.

The decision comes in response to two petitions, one submitted in 2009 and the other submitted in 2011, urging the DEA to take marijuana out of this top drug class, which is shared by heroin, GHB, MDMA (ecstasy) and LSD. Many hopes were pinned on the approval of these petitions, but alas, the DEA has struck them down.

“Marijuana remains a Schedule 1 controlled substance because it does not meet the criteria for currently accepted medical use in treatment in the United States, there is a lack of accepted safety for its use under medical supervision and it has a high potential for abuse.”

The research behind cannabis 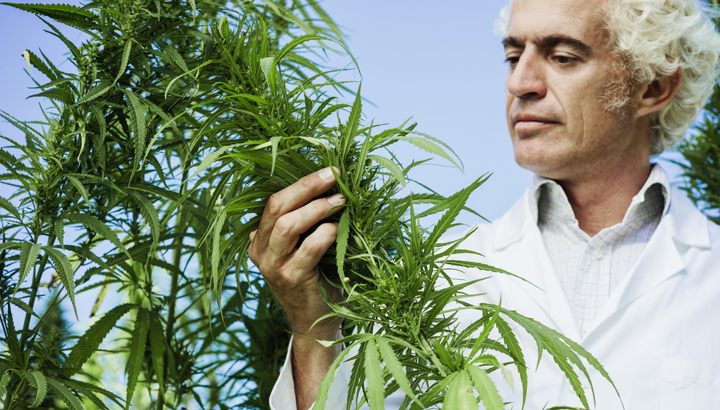 At this point, one really has to question the motives of the DEA and the FDA regarding their decision. For one, a significant and ever-growing body of research has found marijuana to be a safe and effective treatment for a wide range of conditions, including epilepsy, post-traumatic stress disorder (PTSD), inflammatory bowel disease, rheumatoid arthritis, multiple sclerosis and cancers, just to name a few.

Bryan Krumm, a psychiatric nurse based in Albuquerque, N.M., co-author of New Mexico’s medical cannabis law and the author of the 2009 petition to the DEA, told ABC News that he means to appeal the DEA’s decision. He stated that marijuana is the “only medication that’s able to rapidly reduce suicidal thinking in most PTSD treatments,” and added that it has “life-saving benefits.”

“Of course cannabis has medical uses. It’s pretty clear from anthropological and archaeological evidence that cannabis has been used as a medicine for thousands of years — and it was a medicine in the U.S. until 1942. I’m an oncologist and I say all the time, not a day goes by when I’m not recommending cannabis to patients for nausea, loss of appetite, pains, insomnia and depression — it works.”

Furthermore, to address the DEA’s worries on marijuana’s potential for abuse, it’s virtually impossible to overdose on marijuana, and there are no documented deaths that are a direct result of this substance. What happens when a person has a bit too much? They may eat too much food and fall asleep. Not exactly dangerous, and in the face of all of marijuana’s benefits, citing this “abuse potential” is plainly ludicrous.

Now, of course, smoking marijuana can have harmful effects on the body, as smoking any substance creates tar and carbon monoxide. However, there are many other ways, non-toxic ways, to imbibe this substance. Marijuana can be eaten in foods, made into THC oil and combined with coconut oil in a capsule, to name just a few options. While smoking may be harmful, marijuana itself is not the harmful part of the equation. 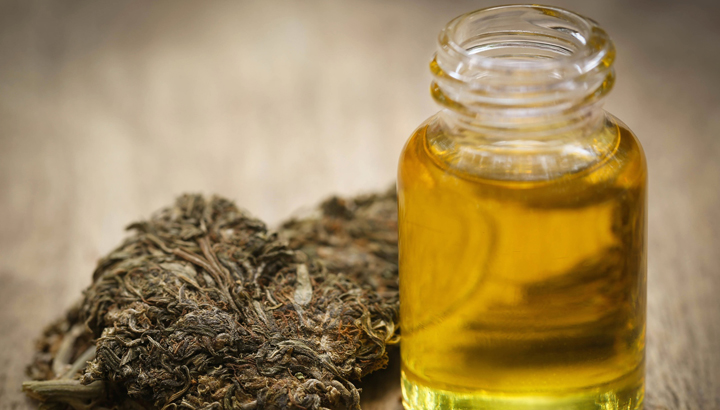 If this substance was seen for what it is — a powerful medicine — it could be regulated and provided to those who need it in the correct delivery mechanism. It really wouldn’t be easier for teenagers to get their hands on cannabis than it is now, so the DEA’s fears seem quite overblown. In fact, this decision only gives power to street dealers, who may be selling a laced product, or a product grown with dangerous pesticides. Teenagers getting marijuana off of the streets is a much more dangerous proposition.

On this decision, Tom Angell, the chairman of the organization Marijuana Majority, told Business Insider:

“It’s really sad that the DEA has chosen decades of ignoring the voices of patients who benefit from medical marijuana.”

It is sad, indeed.

A bit of good news

Although the news of marijuana remaining in the Schedule 1 drug classification is frustrating and seems like a huge step back, there is a spot of good news. In the same announcement, the DEA also ruled that some regulations on marijuana research will be loosened.

For years, the license to grow research-grade marijuana has belonged to the National Institute on Drug Abuse. Now, the DEA has said that it “will allow additional entities to apply to become registered with DEA so that they may grow and distribute marijuana for FDA-authorized research” in order to “provide researchers with a more varied and robust supply of marijuana.”

In a statement, the DEA elaborated:

“The DEA and the FDA continue to believe that scientifically valid and well-controlled clinical trials conducted under investigational new drug (IND) applications are the most appropriate way to conduct research on the medicinal uses of marijuana.”

Some researchers are optimistic about the fact that more distributors of research-grade marijuana will soon become available. Dr. Sue Sisley, a psychiatrist who was dismissed from the University of Arizona as a result of her marijuana research, stated:

“This is definitely a triumph for scientists who’ve been trying to get access to quality study drugs.” The DEA recently approved Dr. Sisley’s research of marijuana’s effect on veterans suffering from PTSD, a study which could have important positive implications for a great many of our nation’s heroes. 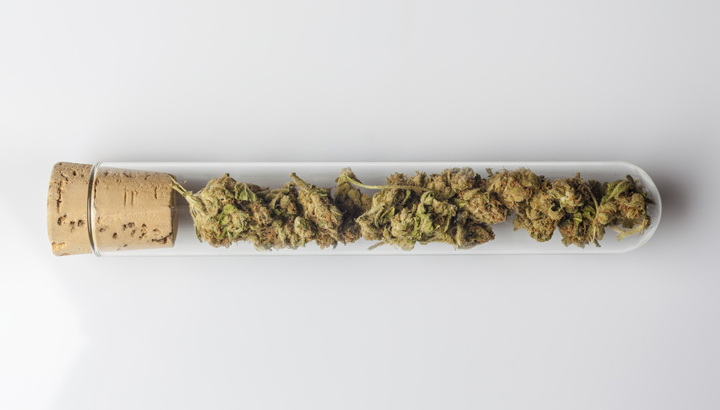 However, while this is a step forward for research, many people are still frustrated about the DEA’s outlook on this completely natural medicinal substance. According to Representative Earl Blumenauer of Oregon:

“This decision doesn’t go far enough and is further evidence that the DEA doesn’t get it. Keeping marijuana at Schedule 1 continues an outdated, failed approach — leaving patients and marijuana businesses trapped between state and federal laws.”

Indeed, many patients, even those living in states where medicinal marijuana is legal, feel trapped. Even though 42 states, including the District of Columbia, have legalized various forms of medicinal marijuana, the fact that it’s federally viewed as an illicit drug makes the issue of crossing state lines a dangerous one. There’s also the fact that these state laws could be overturned by the federal government if the DEA decides to crack down.

According to NPR, all that can be done now to change marijuana’s status from it’s current place alongside heroin and GHB is for the FDA and DEA, along with other federal agencies, to change their minds. Or, NPR reports, Congress could pass a law, which would have to be signed by the president. Considering the DEA’s recent decision, these things seem frustratingly large hurdles to jump. It doesn’t look like the DEA is changing its stance anytime soon.

In our nation, alcohol and tobacco, drugs which kill hundreds of thousands of people per year, are legal. Marijuana, a drug that kills no one and helps heal thousands, is viewed as a threat. This seems so completely backwards that it’s hard to put into words.

It is my hope that in the near future, the stigma surrounding marijuana will subside so that it can again be respected as the healing substance it has been known to be for thousands of years. That way, the people who need it can safely and effectively enjoy relief, without worrying about the federal government cutting off their medical supply.

That will be the day.