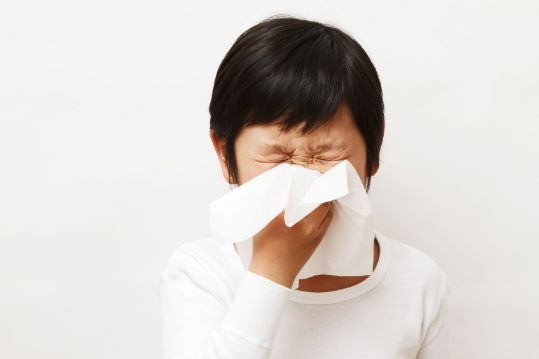 It may be an untraditional method of examination, but paying closer attention to the color, and perhaps texture, of your nasal mucus could tell you important things about your health.

When you are at a normal state of health, your nasal mucus is usually clear in color. Normal mucus is comprised mostly of water, with a few antibodies, proteins, and dissolved salts as well. Your body produces it every hour of every day.

Nasal mucus that is white in color means you are likely congested. This may in some cases indicate a cold or sinus infection. The mucus becomes white because your nasal tissues are inflamed and swollen, which slows down the mucus flow. The slower flow leads to a loss of moisture, leaving the mucus cloudy and thickened.

If your snot has turned yellow, it might mean that your infection is getting worse. White blood cells are sent to the sinuses to fight an infection and when they are used up, they drain out, giving the mucus a yellow tint.

This is generally believed to indicate a cold, which could last up to two weeks. You would be wise to get a lot of rest and push fluids through your system.

At this point, your immune system is potentially struggling against an infection. The nasal mucus takes on the green coloration from dead white cells and other nasty tissue. When you are experiencing this type of drainage after more than 10 days, you should consider consulting a physician. This could indicate a nasty bacterial infection.

Black mucus may indicate the presence of a serious fungal infection. When someone has a compromised immune system, they are more susceptible to a serious infection requiring professional, medical treatment.

According to Neil L. Kao, MD, associate professor of medicine at the University of South Carolina School of Medicine, “you can have perfectly clear mucus and have a terrible ear and sinus infection.” If an infection is present, you will likely have other symptoms such as fever, congestion, and pressure in the face or ears.

Note: If you think you have an infection, it is advisable to consult a health professional you trust. 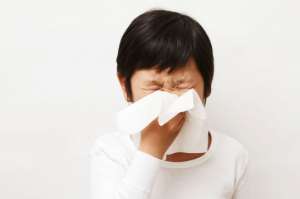 Mucus serves an important function in the body. It works much like a protective layer over the surfaces of the mouth, sinuses, nose, throat, gastrointestinal tract, and lungs to protect the tissue from drying out. Without the moisture of mucus, these tissues
would dry up and crack.

Mucus also works to trap unwanted bacteria and prevent it from entering the body. It also has antibodies in it that identify invading viruses and bacteria. In addition to that, it has enzymes that help kill those invaders before they can make you sick.

How can you reduce some of your mucus?

Using saline nasal rinses and sprays are a good option for thinning out mucus in your nasal passages. If you’re just at the start of a cold or fighting allergies, those are both good options.

“They thin out the mucus and make it more bearable,” advises Dr. Jayakar Nayak, MD, Ph.D, an ear, nose, and throat specialist at Stanford Hospital and Clinics. “It’s like cleaning out the plumbing.”

He suggests using saline rinses as needed, specifying that it should not be overdone. Be sure not to make the saline rinse with tap water; however, as it could be contaminated with foreign substances that might lead to your development of infection. Instead, purchase sterile solutions.