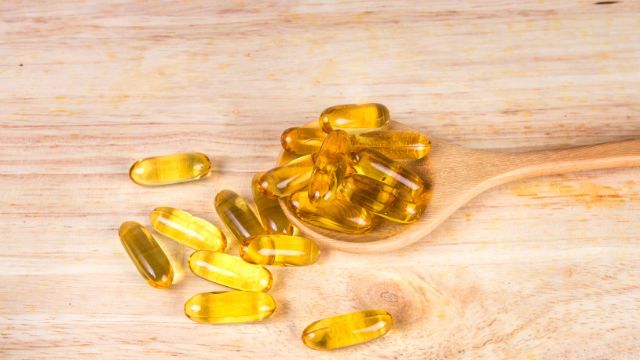 Cognitive and behavioral illnesses come in many varieties, can range from mild to severe, and are often as different from one another in terms of symptoms as night and day. However, according to research, some nutrients have a highly significant effect on our brains and can influence a number of these conditions, different as they may be.

A new study, published in the FASEB Journal, builds upon research published last year, in which it was found that vitamin D aids in the conversion of tryptophan, an essential amino acid, into the neurotransmitter serotonin, known widely as the “feel good” hormone. The current study implicates serotonin in an array of behaviors and cognitive processes.

According to Rhonda P. Patrick, one of the study’s authors, “in this paper we explain how serotonin is a critical modulator of executive function, impulse control, sensory gating, and pro-social behavior. We link serotonin production and function to vitamin D and omega-3 fatty acids, suggesting one way these important micronutrients help the brain function and affect the way we behave.”

“We propose a model whereby insufficient levels of vitamin D, EPA, or DHA, in combination with genetic factors and at key periods during development, would lead to dysfunctional serotonin activation and function and may be one underlying mechanism that contributes to neuropsychiatric disorders and depression. This model suggests that optimizing vitamin D and marine omega-3 fatty acid intake may help prevent and modulate the severity of brain dysfunction.”

The researchers point out that low levels of serotonin in the brain have been linked to a number of health conditions, including schizophrenia, depression, autism spectrum disorder, and ADHD. Bruce N. Ames, another of the study’s authors, writes, “vitamin D, which is converted to a steroid hormone that controls about 1,000 genes, many in the brain, is a major deficiency in the US and omega-3 fatty acid deficiencies are very common because people don’t eat enough fish.”

Whether you’ve been struggling with a cognitive or behavioral condition, or just want to ensure your brain is in the best health possible, it may help, based on this research and a body of other studies, to make sure ample amounts of omega-3s and vitamin D are included as part of your healthy diet.

In the case of omega-3s, while this study highlights marine sources – and fatty fish such as wild-caught salmon and sardines are a great source – plant sources of omega-3s have also been found to have important benefits – so don’t rule them out!

Regarding vitamin D, we all know that the best way to get it is from the sun’s healing rays – by spending some time safely playing in the sun, we’ll likely soak in all we need. However, in the winter and during times when you’re stuck inside, it may help to include some food sources of vitamin D on your plate, as well. And we would be remiss not to mention that if you are not able to get adequate vitamin D (through sun and diet) that you may need to take a high quality Vitamin D supplement. Fortunately, it is one of the least expensive supplements while being one of the most important.

We’ll keep you posted on the latest research regarding important nutrients such as these!