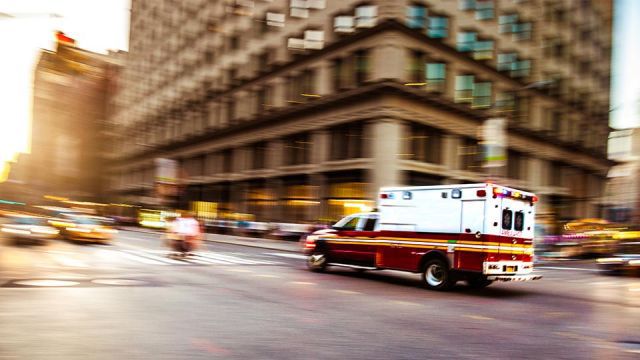 BREAKING: Multiple fatalities are being reported in lower Manhattan after a man drove a Home Depot Rental Truck in a bike lane. He hit multiple vehicles before being detained by police.”

Reports claim that at least five people were run down while walking on the street after the truck hit a crowd of pedestrians in the Tribeca region.

Witnesses went to social media after hearing gunshots, which were from police. The driver had only a paintball gun and a BB-Gun on him. NYPD Tweeted that the person is in custody and the area is shut down.

So far, NYPD has confirmed that 6 people are dead and 15 people are hurt.

Pictures and videos from the scene as they come in:

The scene of a shooting in downtown Manhattan where two people are feared dead and five are reportedly injured https://t.co/CLJFgqrUUR pic.twitter.com/Mx1zGW67IW

Due to police activity, avoid the area of Chambers Street/West St.
One person is in custody. Expect many emergency personnel in the area. pic.twitter.com/rSECr0LRCN

Police incident on west side of chambers street after series of rattling POPS. Hope all are safe. pic.twitter.com/C0mZYU7l1D

#BREAKING This vehicle was also involved in the shooting in Manhattan. #NYPD #NewYorkShooting @Telemundo47 pic.twitter.com/wFTA8vXmVU

LATEST: FBI is responding to the incident in lower Manhattan where at least two people have died. https://t.co/kcQD2fXckk pic.twitter.com/QGUY5uhXPf

The vehicle struck multiple people on the path. There are several fatalities and numerous people injured.

The vehicle continued south striking another vehicle. The suspect exited the vehicle displaying imitation firearms & was shot by NYPD

The suspect is in custody. This is preliminary, more information to follow.

“The actual number of injured at this point is still unclear,” @AnthonyMasonCBS reports on Lower Manhattan attack https://t.co/fad8qNTMeb pic.twitter.com/7lRGT1n6eC

Apparently an active shooter in Battery Park City according to kid I tutor. Stay safe everybody.

active shooter near my house. stay away from lower west manhattan.

NYPD responding to shooting on west side of Manhattan; ambulances, aviation en route

The suspect, a 29-year-old male, is in custody and the incident is now being investigated as terrorism. Witnesses are reporting that the man was yelling “Allahu Akbar” during the rampage. At least eight people have been killed.

More updates will be posted as they come in.