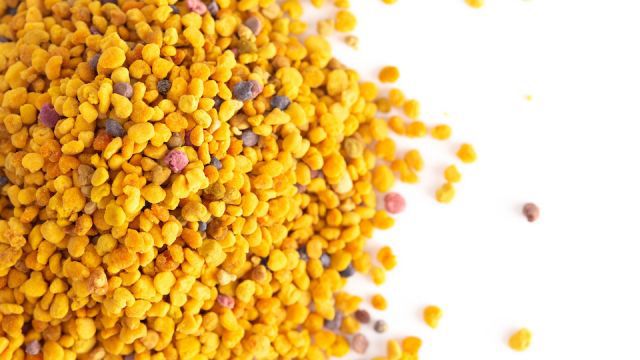 Bee pollen is the male seed of a flower blossom, collected by honey bees and combined with the insects’ digestive enzymes. It’s a mixture of sticky pollen granules that can contain up to five million pollen spores each. It is one of my favorite natural health and survival foods and packs a powerful punch in each spoonful.

Raved by many as a perfect superfood, bee pollen is considered one of nature’s most complete foods when it comes to nourishment, containing nearly all nutrients humans need to survive and thrive, including protein.

In fact, it’s made up of 40% protein, with about half in the form of free amino acids that are ready to be used directly by the body. It’s even richer in protein than any animal source and contains more amino acids than beef, eggs, or cheese of equal weight. And, because it’s so highly assimilable, it’s an excellent source for meeting one’s protein needs.

Bee pollen is also rich in minerals, beneficial fatty acids, carotenoids, and bioflavonoids, which are antiviral and antibacterial, as well as essential vitamins, including B-complex, and folic acid. In fact, pollen is the only plant source that contains vitamin B12.

Of course, this near-miracle food is nothing new – it may be one of the oldest foods on the planet. It’s been used for medicinal purposes for centuries, written about in ancient records like the early Egyptians who described it as “Life-giving dust.”

By adding bee pollen to your diet, there are numerous benefits that can be derived, including:

A 2010 study out of Japan found that as a functional food or dietary supplement, bee pollen is beneficial for reducing inflammation. Compounds that offer anti-inflammatory properties are known to help prevent or reduce symptoms of a wide range of illnesses and diseases, and even to help slow the aging process.

Bee pollen contains traces of several substances that are known to trigger allergic reactions like hay fever. Allergists believe it can actually help lower sensitivity to local plant pollens, which can ease the effects of hay fever and other allergic reactions. Dr. Leo Conway, M.D. reported that after treating his patients with bee pollen, 94 percent were totally free of allergy symptoms, including everything from asthma to sinus problems.

Bee pollen is also thought to have a significant impact on the immune system due to its vitamin B, C, D, and E content as well as calcium, magnesium, selenium, cysteine, and variety of proteins. As it’s good for intestinal flora, this further boosts the immune system. Its antibiotic-like properties may also help to protect the body from dangerous bacteria.

In addition to being rich in so many essential nutrients, bee pollen contains enzymes that can aid digestion, including relieving indigestion, diarrhea, constipation, and other digestive problems. There are over 100 active enzymes in fresh, unheated bee pollen. Consuming foods that contain enzymes is also known to help prevent and battle diseases like cancer and arthritis.

The many nutrients found in bee pollen are thought to contribute to its ability to boost energy as well as enhancing stamina and fighting fatigue.

Consuming bee pollen has also been reported to reduce cravings as well as to stimulate metabolic processes, which means you’ll not only burn more calories, you’ll be less likely to overeat. Its phenylalanine content, which is a natural amino acid the body requires, acts as an appetite suppressant.

Bee pollen is most effective when taken with a meal, particularly with fruit, as it allows it to help to cleanse intestinal flora gently. Adding a spoonful to a smoothie is a great way to get all of its wonderful benefits.

How to enjoy bee pollen

Sprinkle bee pollen over cereal, yogurt, or oatmeal. Add it to smoothies or homemade granola. Store pollen in a cool and dark place like a refrigerator, or freezer, and keep it out of direct sunlight.

Bee pollen can be sprinkled over cereals, yogurt, or oatmeal, added to homemade granola, or mixed into smoothies. Bee pollen should be stored in a cool, dark place, like a pantry, refrigerator, or freezer, and kept out of direct sunlight. 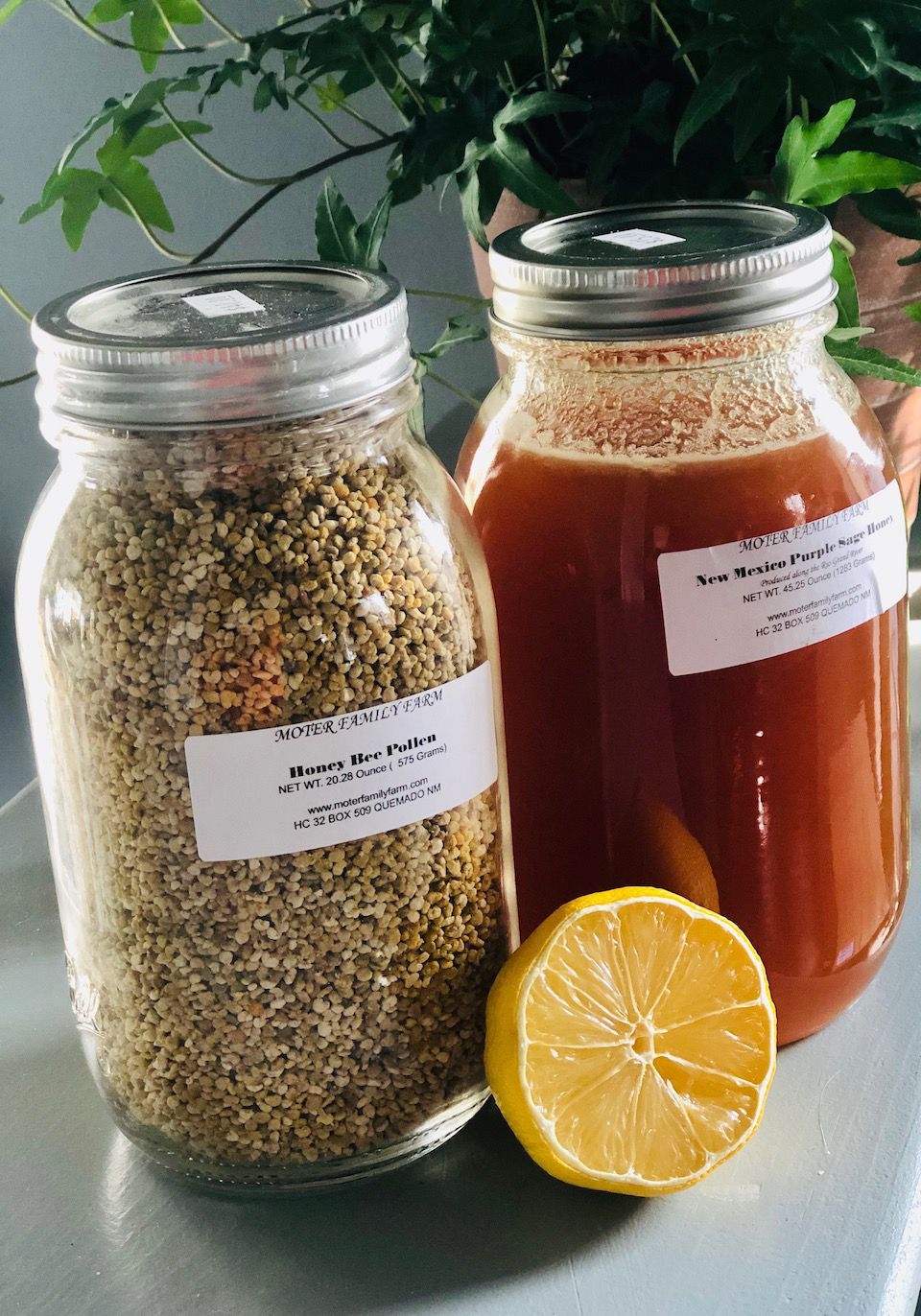 When I am feeling a bit under the weather, nothing perks me up faster than a warm drink made from pollen, honey, and lemon.

Combine one tablespoon each of pollen and honey in a cup of warm water. Stir until the pollen dissolves. Squeeze the juice of one lemon half and enjoy!

Shop for local honey and bee pollen. It’s the best!