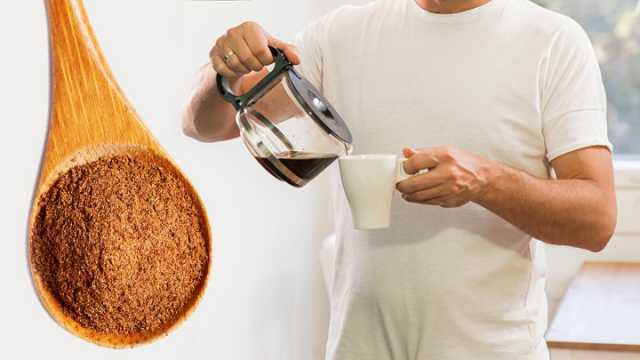 For those who love to regularly kick start their morning cup of coffee with cinnamon, you’re in for some good news. And for those who don’t, here’s something to consider. Science tells us that regular consumption of cinnamon can do so much more than simply flavor coffee. In fact, when this “rockstar” of the spice world comes together with your cup of brew, together they can help prevent certain diseases like Parkinson’s, diabetes and more.

How does cinnamon fit in?

For years, scientists have been studying cinnamon and its role in lowering blood glucose. In fact, cinnamon has a long history as an antidiabetic spice, but trials involving cinnamon supplementation have produced contrasting results. However, according to Paul Davis, a research nutritionist at the University of California, cinnamon does work to lower blood sugar. Davis’s meta-analysis published in the Journal of Medicinal Food concluded that cinnamon lowers fasting blood glucose. “According to our results, it’s a modest effect of about three to five percent,” suggests Davis. That may help the millions of Americans who already have diabetes, but also the millions who have elevated fasting blood-glucose levels.

Another study published in the Diabetes Journal found that cinnamon improves glucose in people with type 2 diabetes. The study concluded that taking as little as one gram of cinnamon per day reduces serum glucose. That’s less than a quarter teaspoon! So, together, cinnamon and coffee could play a serious role in lowering your blood sugar. Not to mention that cinnamon, often associated with sugary desserts, might work to trick your palate into thinking you’re actually consuming sugar when you’re not. Thus, helping you reduce your craving for sugar.

Studies show that people who consume caffeine are less likely to develop Parkinson’s disease. But one human study published in the medical journal of the American Academy of Neurology suggests that caffeine may even help movement symptoms for people who already have the disease. The study consisted of 61 participants who had Parkinson’s disease and showed daytime sleepiness and some motor symptoms. They were given either a placebo or enough caffeine to equal two and four cups of coffee per day.

After six weeks, the group that took the caffeine supplements averaged a five-point improvement in Parkinson’s severity ratings compared to those who didn’t consume caffeine. “Caffeine seems to block a malfunctioning brain signal in Parkinson’s disease and is so safe and inexpensive,” suggests Dr. Michael Schwarzschild of Massachusetts General Hospital in Boston, who wrote an accompanying editorial to the study.

What’s interesting is that cinnamon too may help stop the progression of Parkinson’s disease, according to a study published in the Journal of Neuroimmune Pharmacology. Cinnamon is metabolized into sodium benzoate. After eating cinnamon, sodium benzoate induces significant increases in the levels of a variety of chemicals in the brain called neurotrophic factors. These factors stimulate the new neurons in the brain and encourage the survival of pre-existing neurons. These two processes are vital for maintaining a healthy brain.

Scientists from Rush University Medical Center found that cinnamon actually reversed the biomechanical, cellular and anatomical changes that occur in the brains of mice with Parkinson’s disease. Therefore, by adding cinnamon to your coffee, you may be able to lower your chances of getting Parkinson’s disease.

Another study from neurological scientists at Rush University Medical Center found that feeding cinnamon to lab mice — thought to have poor learning ability — turned the mice into better learners. “This would be one of the safest and the easiest approaches to convert poor learners to good learners,” suggests Dr. Kalipada Pahan, the lead researcher of the study.

Some people are apparently born with good learning abilities. Others become good learners over time. And others have a hard time learning new tasks even with effort. Not much is known about the neurological processes that make one person good and the other a poor learner. But once again, the cinnamon, which metabolizes into sodium benzoate, entered the mice’s brains and stimulated the hippocampal neurons ability to change. These changes led to improved memory and learning in the mice.

Cinnamon is a carminative, meaning it is effective in relieving abdominal discomfort brought on by excess gas. It also helps gastrointestinal problems such as spasms and calms the stomach. It may even help relieve morning sickness. Additionally, if coffee gives you heartburn, then cinnamon may help relieve digestive upset by stimulating a weak digestive tract.

The two most common types of cinnamon to North America are Ceylon cinnamon and cassia cinnamon. However, the one most commonly sold in the United States and Canada is cassia, or Chinese, cinnamon. Cassia cinnamon is considered a lower quality version of Ceylon and is, therefore, cheaper to buy. It’s also the one you’ll most likely find in the supermarket. Both are classified as cinnamon and both have beneficial properties. However, Ceylon, which is native to Sri Lanka and southern parts of India, is considered the “true cinnamon.” This makes it pricier and harder to find.

Unfortunately, (the cheaper) cassia contains coumarin, which can be toxic if consumed in large doses. In rodents, coumarin is known to cause kidney, liver and lung damage according to a study by the German Federal Institute for Risk Assessment. Just one to two teaspoons could bring someone over the daily limit. Ceylon, on the other hand, is far less likely to cause any health risks when consumed regularly or in larger amounts.

So, if you can get a bottle of Ceylon cinnamon, go for it! And add a little into your coffee each morning.

URGENT: Suffering From Chronic Inflammation? Take This Short Quiz To Find Out Your Inflammation Score =>