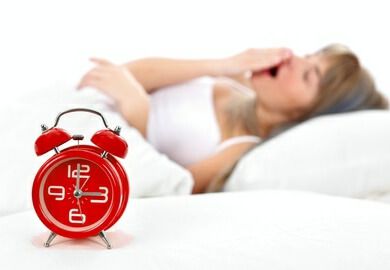 The majority of Americans get far too little sleep. In fact, sleep deprivation is reaching epidemic proportions in our country. The Center for Disease Control and Prevention reports that one in five Americans is getting less than six hours of sleep per night. This is shy of the recommended seven or eight hours.

According to the National Sleep Foundation, sleep deprivation leads to such things as increased risk for depression and substance abuse, decreased motor skills and an increased risk of automobile accidents.

In addition, people who are short on rest often struggle with memory impairment and are more likely to develop diabetes, stroke and heart disease than people who sleep regularly. Basically, not getting enough Z’s can be incredibly unhealthy.

Research indicates that a lack of sleep also impacts our fat cells and their ability to respond appropriately to insulin. Researchers at the Center for Sleep and Wake Disorders note that there is an” intimate” relationship between sleep and maintaining a healthy body weight.

Young, slim and healthy research participants were given the opportunity to sleep a full eight hours for four nights in a row, followed by four nights of just four and a half hours of sleep.

After the subjects were deprived of sleep, researchers found that their fat cells responded to insulin 30% less effectively – this is the common difference between diabetic and non-diabetic patients.

After the study, volunteers went back to their normal sleep habits, and their cells recovered. However, missing sleep, even a half and hour a night, adds up over time.

When fat cells become less responsive to insulin they start to leak lipids. This causes fat to accumulate in the tissues in organs such as the liver, which can lead to liver disease and get in the way of the body removing glucose from the blood. This is when metabolic problems begin.

Of course, eating a healthy diet and exercising is crucial to health management. However, don’t think that you can rob your body of sleep and still be healthy. Sleep is necessary and vital to managing fat cells, and when the body does not get enough rest, the fat cells rebel.

If you are in the process of making lifestyle changes to benefit your health, do not forget about getting enough sleep. Maintaining a regular bedtime and waking time is important, as is getting at least seven to eight hours of solid, uninterrupted shut-eye.