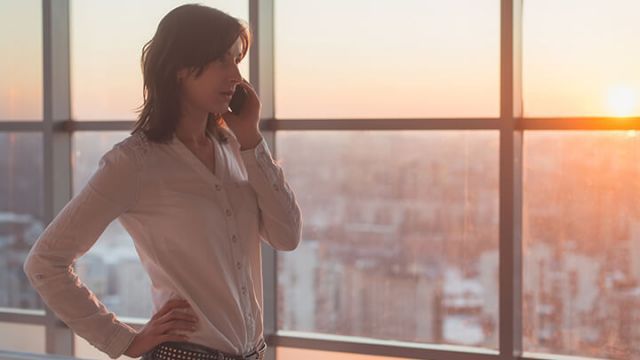 “Your brain is wider than the sky…  and deeper than the sea” wrote the poet Emily Dickinson. The interconnections and complexities of your grey matter are indeed vast as scientists estimate that your cerebral cortex contains about 100 billion nerve cells (a number that’s comparable to the number of stars in the known universe). By the way, each of these neurons has on average 7,000 connections!

But nowadays, your mind is plugged into to an even more extensive system that includes social networks in cyberspace. Thanks to your iPhone, you are part of a gargantuan ecosystem of information exchange that has no precedent in human history. But how is this interchange transforming your brain?

Your cortex is constantly rewiring itself based on your experiences. As you read these words, new synaptic connections are being formed, which will alter your mental landscape. When you engage in repetitive activities (like reaching for your Smartphone every time you hear a text message) those habits will get ingrained in your neural pathways.

I text, therefore I am (are you addicted to your cell phone?)

Recent studies have suggested that many people have an addictive relationship with their cell phones, which is producing corresponding changes in the expectation-reward feedback loops that underlie both addiction and compulsive behavior.

With that in mind, how is your Smartphone habit impacting the neural circuitry responsible for anxiety, memory, concentration, and addictive behavior? Here are five ways your cell phone may be rewiring your brain.

People are hardwired to seek out experiences that bring them pleasure. These can include basic physical rewards (food, comfort, and shelter) as well as higher-order things such as meaningful relationships, novel information, beauty, tasty treats and mind-altering substances.

However, this reward system can get hijacked as anybody with a sweet tooth, drug problem, or compulsive personality can attest. For instance, in extreme cases, alcoholics will drink themselves to death as getting drunk becomes more important than food, relationships or earning a livelihood.

Neuroscientists have studied the phenomenon of addiction extensively. For instance, lab rats addicted to cocaine will pull a lever to get their next fix before pulling one to get food. Even if they are on the brink of starvation, the drug comes first.

Technology may not be as dangerous as drugs like cocaine, but scientists insist that people can be addicted to their cell phones because the habit triggers the same reward-feedback circuitry that drugs do. That can mean that users get habituated to text message alarms, social media responses and push notifications.

No doubt, receiving digital stimuli can produce euphoria, while not getting them can result in symptoms associated with drug withdrawal including anxiety, depression and irritability.

Just as some people drink responsibly while others turn into alcoholics, it is possible to have a healthy relationship with your cell phone or an unhealthy one. Here are some warning signs that may help you determine if you are addicted to your device:

In 2017, researchers called attention to the fact users are frequently offloading many cognitive functions (like memory) to the Internet. In other words, cell phones, tablets, and smart devices are making the memorization process less important.

The scientists studying this development note that technology can often augment cognition but it can also undermine it. Although the study shied away from firm conclusions they did raise awareness about the “growing perception that habitual involvement with these devices may have a negative and lasting impact on users’ ability to think, remember, pay attention and regulate emotion.”

It’s still too early to tell if reliance on cell phones will shrink our capacity to think and remember, but it’s worth pointing out that memory, arithmetic ability, and critical thinking skills are biologically based and that these “mental muscles” need to be exercised. In all probability, it’s a question of “use it or lose it.”

Information is not the same as knowledge (let alone wisdom). Today, cell phones present people with a flood of factoids and data points, but little in the way of context. As a result, many people are drowning in a sea of information when what they need is a perspective that allows them to recognize what’s important and what’s not.

Studies suggest that digital overload (the kind of byte-size rapid-fire information we get on our handheld devices) interferes with the process of long-term memory formation. The same appears to be true of multitasking. When everything is served up as urgent, then the brain has no way of determining (and then encoding) what’s truly important. Cognitive scientists say the result is weakly-formed long-term memories.

Today, people are staring into their devices the way the self-absorbed mythical god, Narcissus, gazed at his reflection in a pool of water. Narcissus, of course, was so smitten by his self-image that refused to budge an inch from the water’s edge and he later drowned when he tried to chase his own reflection.

For better or worse, the era of the selfie appears here to stay. But studies have linked cell phones to selfishness. As the authors of one study conducted at the University of Maryland explain, cell phone users are less likely to volunteer for community service or initiate connection with others.

Cell phones and smart devices are supposed to expand our possibilities, but there’s clear evidence that they are shrinking our attention spans. For instance, cognitive scientists have found that most humans now have shorter attention spans than goldfish!

Similarly, according to scientists from the University of Texas, having a cell phone nearby (even if it’s off) distracts people from completing tasks. As cell phones come to dominate our lives it seems they are impairing our ability to concentrate on other activities.

How to unplug sometimes

Cell phones do provide many important benefits and it’s difficult to imagine life without them. Nevertheless, it’s critical to be aware of some of the downsides of using them. To avoid the pitfalls you may want to unplug your brain from time to time. Here are a few suggestions for not letting your cell phone get the better of you.