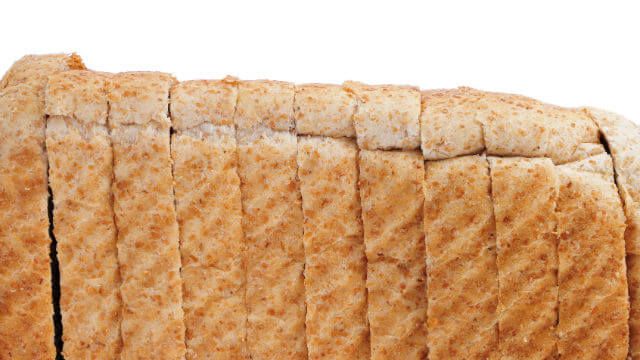 Fact: Americans love their bread. Another fact: If we are eating processed, commercial breads, we are likely doing our bodies far more harm than good. While there is some nutritional merit to homemade, gluten-free and ideally grain free, breads, the loaves on the market are some of the worst health choices you can make.

The following are five common ingredients in commercial breads which may lead you to rethink its place in your pantry.

We’ve all heard something by now about the dangers of gluten, however, many of us think that these dangers do not apply. While it is true that this protein, found in wheat, barley and rye, is most dangerous for the approximately one percent of the population with celiac disease, the rest of us may not be immune.

Up to 30 percent of the world’s population is estimated to have varying degrees of sensitivity to gluten. This can manifest itself in various ways, from fatigue to digestive distress. As there is no test to confirm gluten sensitivity, the only way to really determine if you are gluten sensitive is to cut it out for a while, and see if you feel better.

Furthermore, one of the proteins in gluten, known as gliadin, has been found to be highly addictive, and is linked to neurotoxic properties. In other words, forget the 1 percent celiac, and the 30 or so percent gluten sensitive, 100 percent of the population would be better off without gluten.

Gluten is not the only problem with breads containing wheat – and that’s many of them. Even other varieties of commercial breads often have wheat as a second or third ingredient. So, aside from the gluten, what’s the problem?

For starters, today’s wheat is often crossbred with industrial chemicals to form modern strains, and is sometimes genetically modified. It is also customarily sprayed with pesticides from seed to storage, and the high-heat drying process it undergoes destroys many of its nutrients.

On top of that, wheat contains a complex carbohydrate known as Amylopectin A. This carb has been found to cause blood sugar to spike in a way that is comparable to the effects of sugar. This effect makes wheat a culprit in inflammation, obesity and type 2 diabetes. Again, 100 percent of the population would be better off without wheat.

Then there’s sugar itself. Sugars are often added to commercial breads – sometimes hiding under other names, including malt syrup, dextrose and maltodextrin. The dangers of sugar are well-known, and include links to obesity, type 2 diabetes, insulin resistance, heart disease, immune system suppression, depression and certain cancers.

A common form of sugar added to commercial breads is high fructose corn syrup, which may be even worse. This artificial sugar, which is usually manufactured from genetically modified corn, has an unbalanced glucose-to-fructose ratio, which results in it being stored in the liver as fat, and greatly contributing to weight gain.

These unfortunately abound in processed breads, and include preservatives, emulsifiers, colorings and other additives. For just a few examples, some breads contain azodicarbonamide, a dough conditioner made from industrial chemicals that is also found in shoe rubber. Some contain butylated hydroxytoluene (BHT), a preservative linked to hormonal disruptions and cancers.

Yet others contain the preservative calcium propionate, which is linked to behavioral disruptions such as ADHD. Frighteningly, the FDA allows about 60 chemicals to be added to flour before it lands on your grocery store shelf – and this doesn’t include the chemicals added to commercial bread recipes.

Some commercial breads contain trans fats – dangerous fats which have been linked to obesity, type 2 diabetes, aggression and heart disease. If you see “hydrogenated” or “partially hydrogenated” on a label, that’s trans fat. Many breads also contain canola oil, which as we have reported can be disastrous to human health, and often contains trans fats.

Soybean oil is also often used. This likely hails from genetically modified soybeans. Unfermented soy in itself has been associated with hormonal disruptions, and can in fact be dangerous.

A note on commercial, gluten-free breads

Many people, wishing to avoid the pitfalls of gluten, head to their supermarket’s “gluten-free” section to pick up their bread. However, many processed gluten-free breads contain tapioca, corn starch, rice starch, and/or potato starch – all of which can cause spikes in blood sugar. Also, even organic processed foods, such as breads, may contain some unsavory additives.

So, what’s a bread lover to do? Make your own! While many recipes abound in cyberspace, here’s one for an easy, gluten-free loaf you are sure to love – which incorporates a healthy, grain-free base: almond flour.

Does your kitchen smell amazing yet?