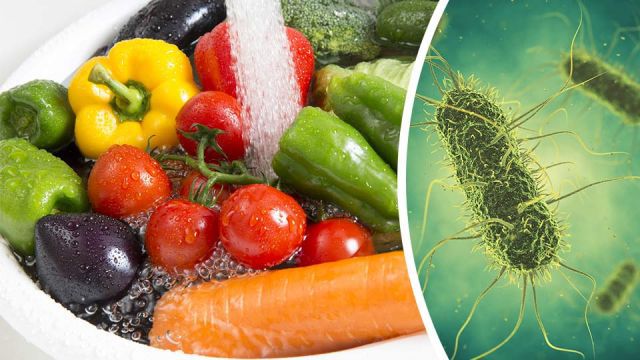 If you’re anything like me, you walk into any supermarket with a distrustful squint in your eye and a mind that’s fully focused on ratting out misleading marketing and food that seems healthy but is actually a disease-ridden trap.

For others, such an approach to a casual stroll down the supermarket aisles might seem a little over the top, but if you knew what I knew, you’d act in the exact same way. Consider the produce section, for example: arguably the healthiest section of the supermarket, abundant with color and brimming with fruit and vegetables positively loaded with antioxidants and health-boosting phytonutrients.

But look closer, and there’s a different story. Corn that looks like an artists rendition, bright yellow and not a blemish in sight, turns out to be genetically modified. Bright red strawberries covered in glistening beads of moisture are in fact so laden with pesticides and synthetic chemicals that they topped the Environmental Working Group’s Dirty Dozen list two years in a row. Vibrantly green broccoli that’s laced with mold, apples covered in wax and E. coli, and salad mixes that are triple washed with noxious chemicals to keep them “clean.”

And that’s just the produce section.

But amidst all this distrust and false marketing, I always breathe a sigh of relief when I see a cheerful little “certified organic” sticker on any fruit or veggies. That little sticker promises a much-needed break from all that scrutinizing, guaranteeing that the produce I buy is grown in nutrient-rich, sustainable soils and is free from harmful pesticides, herbicides and synthetic fertilizers.

Given this knowledge, it’s easy to see why many people hold off on washing their organic produce before they eat it. But is that really such a good idea? Does the word “organic” guarantee that you won’t get sick when you eat an unwashed organic carrot or strawberry? Let’s find out.

Reasons why you shouldn’t wash your organic produce

When it comes to health, I’m all for a minimalist approach. Why wash your organic produce if you don’t need to? If it’s free from chemicals and other nasties, there shouldn’t be anything that actually needs washing off in the first place, right?

That’s what many organic produce buyers think, and they have a number of good reasons as to why you shouldn’t.

Firstly, there’s the fact that washing removes a lot of the good bacteria and enzymes covering organic fruit and vegetables. Organic growing practices allow beneficial bacterial and yeast species, along with digestion-aiding enzymes, to colonize the outside of produce which then makes its way into our bodies upon eating. Even the simple mechanical effect of strong running water over organic produce can dislodge a large portion of these helpful little critters, lowering their health potential.

2. Washing accelerates the rate of decomposition

Then there’s the fact that washing any produce before storing, whether that’s in the fridge or otherwise, can greatly accelerate their rate of decomposition. What this means is that, if you wash your organic produce when you bring it home from the supermarket or market, it’ll rot faster. And rotting food isn’t very appetizing.

Finally, some organic foods are a lot more delicate than conventionally-grown produce, and washing them can easily damage them. Examples that come to mind are raspberries, certain leafy greens and grapes. They’re sensitive, and they don’t appreciate your fervent rinsing and scrubbing! And while they’ll still taste as good, they might not look as good.

Reasons why you should wash your organic produce

That’s all very well, but it just so happens that there are plenty of good reasons why you should wash your organic fruits and veggies. Contrary to popular belief, studies show that organic produce harbors just as much pathogenic bacteria like E. coli and Salmonella as conventional produce. In some cases, they contain more. Simply rinsing organic produce in running cold water (i.e. under the tap) has been shown to remove most known pesticides along with a large proportion of microbiological populations.

Then there’s all the handling and transportation that occurs between the farm and the supermarket aisles. Think your organic produce gets packaged individually into clean, organically sanitized compartments and lovingly transported to its final destination? Think again. The handling of organic produce is virtually identical to the handling of conventional produce, and will ultimately involve dozens, if not hundreds of hands, multiple dirty surfaces and probably the occasional drop onto a dirty warehouse or supermarket floor.

Blemishes might be scrubbed clean once the produce makes it to the supermarket shelves, but I’m more worried about what the eye can’t see.

Then there’s the fact that a simple rinse under cold water isn’t exactly blasting those poor beneficial bacterias and enzymes away. It’s relatively gentle, maintains the integrity of the produce, and this study even showed that products that were washed with water retained their “fresh-like character,” “as indicated by the persisting respiration of the living tissues.”

My take on the produce washing debate

While I wash any conventional produce I’m forced to buy every single time, I’m a little more relaxed about organic produce. Most of the time, when I can be bothered, I’ll give my organic fruit and veggies a rinse under cold water and think no more of it. I make more of an effort to wash organic produce when I know it’s come a long way to get to my kitchen, like fruit grown in Mexico or veggies grown in Costa Rica. I have no doubt that my produce is picking up some unwanted nasties along the way, if it has to travel thousands of miles on its journey from farm to table.

And as far as good bacteria and enzymes go, how much of the good guys do you really think are still there after being pummeled, squashed and handled across thousands of miles?

My solution is to get plenty of organic produce with thick skins, meaning they don’t need to be washed in the first place, and to grow as many fruit and vegetables as I can at home in my garden. Anything that comes out of my garden has any excess dirt brushed off, and after that it’s straight into my mouth. I figure that ensures I’m still getting plenty of the good stuff, and my gut health seems to agree.