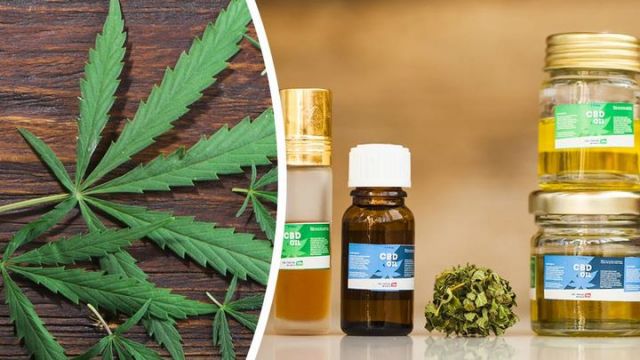 An overwhelming majority of Americans (88 percent) agree that marijuana has medicinal value. A wide plurality of physicians (76 according to some polls) believes that cannabis should be legalized nationally so that its benefits can be made available to patients in need.

Now, a new medical authority — the World Health Organization (WHO) — has weighed in on the matter by issuing a preliminary report that flatly contradicts the DEA’s position that oil derived from cannabis has a high potential for abuse and no medical value.

The fact that a health agency as prestigious as the WHO would shoot holes in the DEA’s stance is a very important development. Here’s brief summary of these findings, which are a direct rebuke to the federal government’s restrictive approach to medical marijuana.

The health benefits of CBD

The report largely zeroed in on the value of CBD, which is a compound found in marijuana. The cannabis plant contains hundreds of phytonutrients and beneficial compounds, but the two most recognized active ingredients are THC and CBD.

CBD (by itself) will not get you high, but research has shown that CBD oils and tinctures can alleviate epileptic seizures, muscle stiffness in patients with MS and neuropathic pain.

In October of 2017, the National Institute of Health (NIH) reached findings similar to those put out more recently by the WHO. According to the NIH, “There is significant preliminary research supporting the potential therapeutic value of CBD. And while it is not yet sufficient to support drug approval, it highlights the need for rigorous clinical research in this area. There are barriers that should be addressed to facilitate more research in this area.”

Currently, the Justice Department is being sued to force it to reclassify marijuana. In addition, legislators (like Senator Cory Booker of New Jersey) have introduced legislation that would get Congress to repeal the Schedule I designation. Finally, states across the nation are taking the lead in allowing their citizens to use cannabis-based medicines. Nevertheless, prohibition at the federal level makes it difficult for many patients to access CBD.

How can you derive the benefits of CBD?

If you live in a state that permits medical marijuana you can consult with a physician, get a doctor’s recommendation and visit a dispensary with a wide variety of CBD products to choose from.

Unfortunately, federal restrictions have made it difficult for patients in some states to find reputable CBD products. However, making your own CBD tincture is an option some may want to try.

To ensure your tincture is high in CBD (as opposed to THC), experts recommend using Indica strains like ACDC, Harlequin and Ringo’s Gift. Bear in mind, any tinctures made with these strains will still contain THC (which is psychoactive). So plan accordingly. The following recipe does not mix well with children or motor vehicles.

1. Chop and grind weed and add it to baking pan. Spread evenly and cover the pan with aluminum foil.

2. Heat in oven to 225 Fahrenheit for about 35 to 40 minutes. This activates the ingredients in your herb. Let your buds cool off.

3. Next, add buds to a mason jar and pour in high-grain alcohol. Cover and shake vigorously.

4. Store your mason jar in a cool dry place for two to three weeks. Shake well once a day.

Experts recommend trying one drop to start with (under the tongue), then build up to two or three drops. Effects should be noticeable within 15 to 45 minutes.