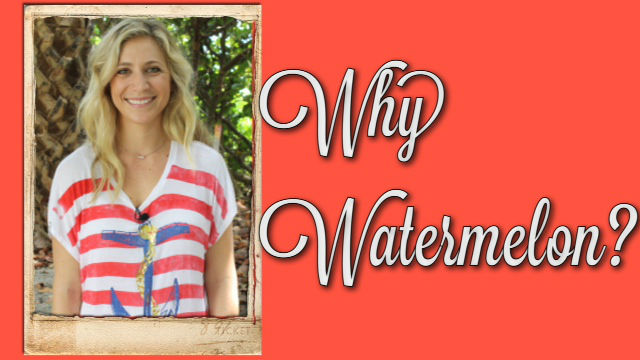 Tomatoes are often the fruit most often associated with the antioxidant lycopene, yet watermelon accounts for the highest intake of lycopene in the United States. Most red-hued fruits and vegetables get their rich shades from anthocyanins, yet the watermelon can attribute its coloring to a high concentration of lycopene.

A unique aspect of the lycopene content of watermelon is that it doesn’t easily deteriorate. Cubed watermelon can retain its lycopene concentration for several days when refrigerated. Only a six to 11 percent breakdown occurs after seven days of proper storage.

Watermelon is also a very good source of the amino acid citrulline. Once consumed, citrulline is converted into another amino acid, arginine, by the kidneys. Arginine is an extremely important amino acid that some individuals don’t make enough of on their own. It helps improve blood flow and aids in multiple aspects of cardiovascular health.

Arginine is also an important compound for athletes, as it aids in muscle recovery as well. Researchers are currently evaluating arginine’s role in preventing fat accumulation in fat cells.

Along with high concentrations of vitamins A and C, watermelon boasts another key nutrient: choline. Choline aids in numerous bodily functions including sleep, muscle movement and memory and learning comprehension. It also helps maintain the structure of cell membranes and acts as an anti-inflammatory.

The high concentrations of antioxidants and phytonutrients in watermelon certainly qualify it as a healthy summertime snack option. The potency of these compounds is known to increase with ripeness. The deeper red varieties boast higher concentrations than the pink or white-colored melons, yet concentration remains consistent throughout the entire melon, stretching far into the rind as well.