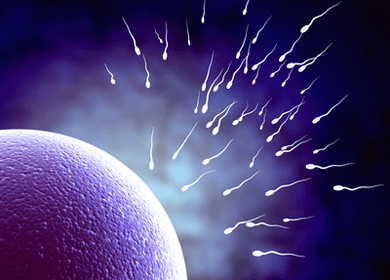 In an effort to understand the decline in the quality of sperm in recent decades, researchers at the University of Cordoba have published a study examining the effects of exercise and diet on sperm mobility. The study found that men who engage in at least regular moderate exercise have much stronger sperm than men who are sedentary.

The study, published in the European Journal of Applied Physiology, outlined the findings of researchers who examined the physical activity habits of study subjects and the quality of their semen. Researchers found that individuals who participated in moderate exercise on a routine basis had semen that was healthier than men who were sedentary. Interestingly, the study also found that moderate exercise resulted in better semen quality than extreme exercise levels for men.

In a related study from the Massachusetts General Hospital Fertility Center, researchers found that men who eat a diet high in saturated fat had less mobile sperm than men who ate diets rich in omega 3 fats. Additionally, men eating diets with large amounts of saturated fat had approximately 43 percent less sperm in their ejaculate compared to men with healthier diets.

Another finding from this study was that men who ate diets high in omega 3 fatty acids had healthier sperm than men who ate high amounts of saturated fat. As a result, healthier sperm are better able to fertilize an egg, resulting in a healthy fetus.

For couples struggling with fertility issues or who are planning on getting pregnant, paying attention to diet and exercise for both the male and the female can be an extremely important factor in a successful pregnancy. Men who are physically active and eat a healthy diet have better overall health outcomes and live longer lives with their children than those who do not take care of their health.