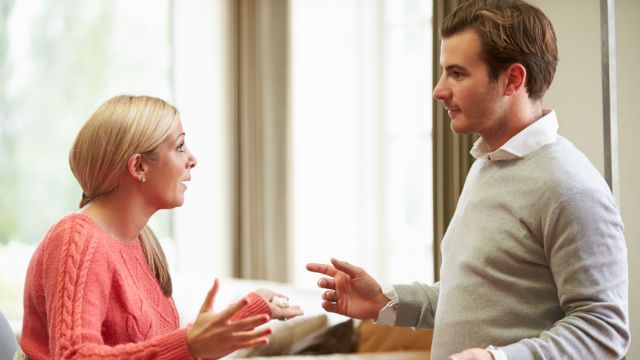 If you’re trapped in a bad marriage, it not only takes a toll on your emotional health, but your physical health as well. According to a study published in the Journal of Health and Social Behavior, an unhappy marriage can literally break your heart.

Scientists from Michigan State University found that people who have experienced decades of conflict with their spouse are more likely to develop heart disease than those in good marriages – and it was especially true for wives.

The study’s lead author, Hui Lui, a Michigan State sociologist, noted, “marriage may promote (good) health, but it’s not that every marriage is better than none. The quality of marriage is really important.”

Liu and her research team studied 1,200 adults in their late 50s to 80s over a five year period, asking the husbands and wives questions about their marriages, including how happy they were and how demanding and critical they felt their spouses were. They then compared the respondents’ heart health to their answers.

Results showed that the more negatively an adult felt toward his or her marriage, the more at risk he or she was for poor cardiovascular health.

Liu said that stressors like this tend to build up over time, which is why older couples are at a higher risk of heart disease. She explained, “it’s not like you have contact with your spouse and the next day you have heart disease. It really takes time…Your body will remember the effect.”

The reason women tend to be more negatively affected by an unhappy marriage, Liu and the researchers believe, is that women may be more likely to internalize their feelings, feel depressed and be more sensitive. They also found that when a woman was sick with heart disease, it lowered the quality of a marriage, but when men were sick it didn’t have much of an effect.

Liu says the reason behind this finding may be that women are more likely to be in a caregiver role, taking care of their sick husbands and being more sensitive to not exacerbate stress, but husbands many not be as sensitive about the relationship when their wives are sick.

The researchers say their findings suggest that relationship counselling should be directed at older couples, as well as newlyweds who are just starting their marital journey. Liu added, “marriage counselling is focused largely on younger couples. But these results show that marital quality is just as important at older ages, even when the couple has been married 40 or 50 years.”