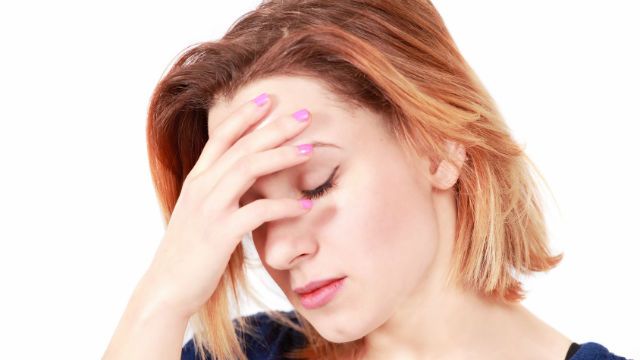 Young women with heart disease may take a harder hit from stress than men of the same age, according to a new study presented at at the American Heart Association’s Scientific Sessions 2014. Researchers found that women 55 years and younger under mental stress had three times greater reduction in blood flow to the heart than men.

Study author and chairwoman of Cardiovascular Research and Epidemiology at Emory University’s Rollins School of Public Health in Atlanta, Georgia, Dr. Viola Vaccarino, noted, “there’s a very interesting paradox concerning young women and chronic heart disease. They have higher mortality and complication rates after heart attacks compared with men of the same age, despite having fewer risk factors for the disease.”

For this study, 534 patients with coronary heart disease, aged 38 to 79, underwent a mental stress test and a conventional physical stress test while their hearts were monitored. The researchers asked patients to give a speech in front of a small group of people about a real-life event they found stressful to conduct the mental stress test. On a different day, the patients took the standard test for assessing heart health by running on a treadmill.

The researchers looked at patients’ hearts to measure any reduction in blood flow to the heart muscle itself, which is a common problem in people with heart disease known to possibly lead to heart attacks. The scans revealed “dramatic differences” between men and women during the mental stress test, particularly in younger people, Dr. Vaccarino said.

The doctor also said that she believes young and middle-aged women may be more vulnerable to emotional stress because they face a considerable burden of stressors in everyday life, such as managing kids, marriage, jobs and caring for parents. Biology may also play a role, such as a greater propensity towards abnormal blood vessel function during emotional stress, or exaggerated constriction of coronary or peripheral blood vessels.

Dr. Vaccarino says that it’s important for healthcare providers to be aware of young and middle-aged women’s special vulnerability to stress and ask “the questions about psychological stress that often don’t get asked. If they note that their patient is under psychological stress or is depressed, they should advise the woman to get relevant help or support from mental health providers, stress reduction programs or other means.”

There is one simple thing you can do at home to combat your stress: exercise. Regular exercise may be the most useful action one can take to reduce stress as well as benefit the heart, as it’s been shown to improve mental and physical health simultaneously.