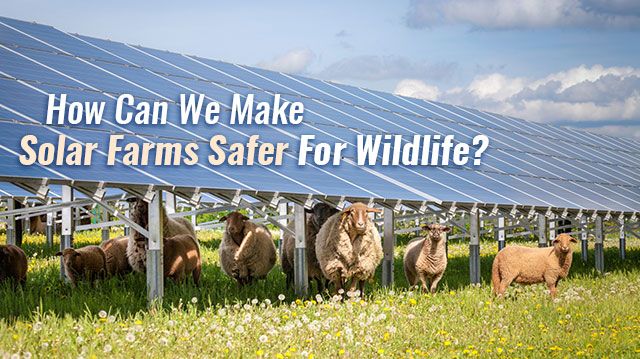 Solar power is one of the most exciting energy innovations out there, and one that has been utilized more and more in recent years. Climate change concerns are mounting, and switching away from fossil fuel energy is paramount.

However, as wonderful as the use of solar power is for green energy, some of the ways in which we collect it causes harm to wildlife. For this reason, collection methods need to be improved upon. Luckily, some innovations are beginning to come to the forefront.

Along with the obvious issue of habitat loss for a variety of creatures in the areas where solar farms are built, there is a huge problem of birds dying as a result of flying into solar panels. Some of these birds are endangered species, such as the Yuma clapper rails of California, where many solar farms are located.

Birds fly into solar panels because they mistake the reflective surface for water. They fly towards the panels and are often burned by the concentrated solar beams. If they are not killed by the burn itself, many that fall to the ground die on impact. Insects also mistake solar panels for water, and are often incinerated, as well.

According to Ileene Anderson, a scientist at the Center for Biological Diversity, improvements can be made to solar panels to reduce the harm to bird populations. Anderson stated:

“I strongly believe there’s a way to show the birds that the PV panels are solid surfaces, not water… We can safeguard our irreplaceable wildlife, like the Yuma clapper rail, through thoughtful implementation of renewable energy projects.”

Experts state that recommendations for keeping birds safer include adding designs to solar panels to make them look less like water, clearing plant life around solar towers so less birds will stay in the area, and stopping operations during crucial migration periods.

The Center for Biological Diversity also recommends restoring bird habitats at other locations, away from the solar farms.

In the United Kingdom, bird loss is a huge problem. According to the British Trust for Ornithology, breeding birds are down by 44 million since the late 1960s. In order to help save birds, while supporting solar power, Anesco, an alternative energy firm, and the Royal Society for the Protection of Birds (RSPB) have teamed up to restore avian habitats right at solar farm sites. 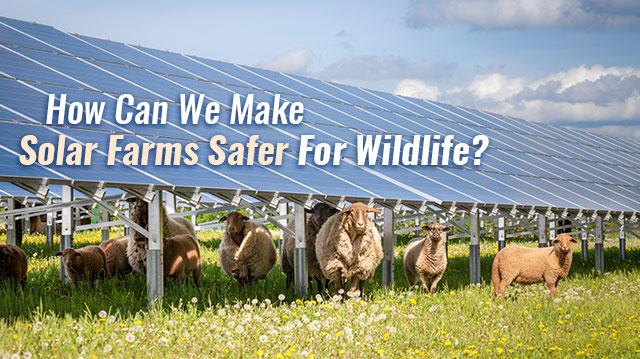 This collaborative project aims to plant wildflower meadows and grasslands in the areas of land between solar panels. As opposed to keeping birds away, researchers hope that pollinators and other insects will be attracted to the area, and that birds will nest there, as well.

According to RSPB’s head of species, Darren Moorcroft:

“Over the next few years, we will be working with Anesco to further improve the habitats created at their solar farm sites across the U.K. It is an excellent opportunity to develop habitats for nature in need of our help, showcasing how a renewable-energy business and wildlife conservation can be delivered in unison.”

There is still the problem of birds potentially flying into panels, and more research needs to be done to ensure bird safety while also encouraging the use of renewable energy sources, but this UK project is a start. Hopefully, more innovations will be made soon — in the United States and worldwide — so that our green energy does not come with the risk of harming our precious wildlife.