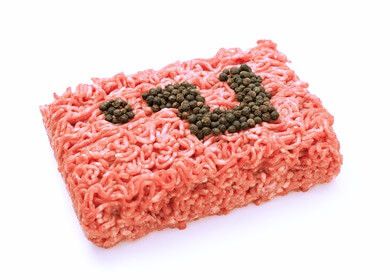 Americans gobble up about 5 billion hamburgers every year, and those that eat them are probably thinking that they are composed mostly of meat.

However, a recent study that looked at eight different brands of hamburgers found that the actual meat content ranged from 2.1% to 14.8%, with an average of 12.1%. Their content, for the most part, was similar to that of hot dogs.

To make matters worse, researchers also found traces of ammonia in hamburgers, which is used to sterilize the meat. It is actually injected into red meat to kill E. coli bacteria. This process produces a material that is commonly called “pink slime.” The South Dakota company that makes the sterilizing product is a multi-million dollar industry that sells its sterilizing agent to such outlets as McDonalds, Burger King, and scores of other popular eateries.

Not to mention the fact that this treated meat is served in school lunchrooms throughout the country. When school lunch officials were asked about purchasing this meat, they stated that cost was the driving factor; it saved about 3 cents off of the cost of making ground meat.

So, the health of our school children is being compromised for a mere 3 cents. Prisoners in Georgia made such a stink a while back about their meat smelling like window cleaners that it was sent back to the manufacturer. 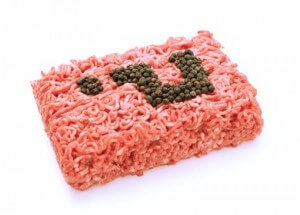 If this is not good reason enough to abandon fast food burgers, we are not sure what is. Don’t eat them and don’t feed them to your kids. Instead choose USDA Certified Organic Meat or best of all, grass-fed organic local meat that is actually meat and won’t contain parasites and window cleaner.

The industrialized food industry does not have our best interests in mind, and good health is a choice that we make. Most of the food industry is a profit-motivated business that will continue to increase their profit margin – even if it means compromising our health along the way.

The quality of the food we eat really does matter for both short and long term health. What we fuel our body with ultimately determines how much energy we have, how we look and whether or not we will succumb to a number of illnesses and diseases.