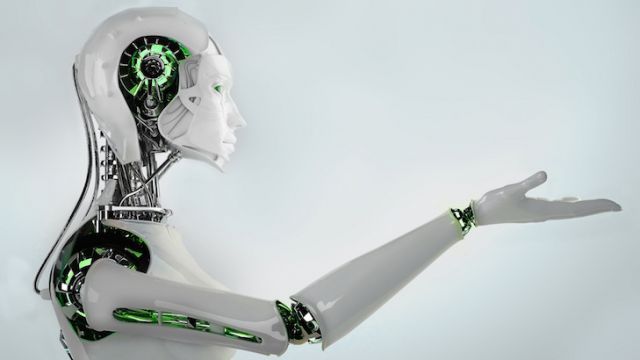 There’s no question technology is rapidly changing the way we live. For now, humans have the upper hand, but it’s likely just a question of time before robots become the dominant players on the planet.

The 2016 report on Global Catastrophic Risks by the Global Challenges Foundation lists many familiar factors, including nuclear war, climate change and natural pandemics. It also includes emerging risks such as the rise of artificial intelligence (AI) and robots. The report advises, “Research communities should further investigate the possible risks from emerging capabilities in biotechnology and artificial intel­ligence, and possible solutions. Policymakers could work with researchers to understand the issues that may arise with these new technologies, and start to lay groundwork for planned adaptive risk regulation.” It notes that coming decades may see AI systems surpassing humans “in all domains.” Human level AI may arrive by 2050, with super-intelligent AI developed by 2080 at the latest. At that point, robots truly rule.

At the 2016 World Economic Forum held in Davos, Switzerland, arms experts and scientists warned politicians that robots with AI may “roam battlefields killing humans.” They called for regulations to stop the development of robots as weapons. Such weaponry, with no autonomous control from humans, may emerge within just a few years, according to experts in the field. Physicist Stephen Hawking, Apple co-founder Steve Wozniak, engineer Elon Musk, among other notables, signed an open letter from robotics and AI researchers last year expressing concerns about autonomous weapons. The letter states, “Autonomous weapons have been described as the third revolution in warfare, after gunpowder and nuclear arms.” It ends, “Starting a military AI arms race is a bad idea, and should be prevented by a ban on offensive autonomous weapons beyond meaningful human control.”

Where have the jobs gone?

In today’s hyper-partisan political world, Republicans blame Democrats, and vice versa, for the lack of jobs. While each side makes its claim, there’s little doubt that a major reason for job decline, especially in manufacturing, is that robots are taking over many of the jobs formerly done by humans. It’s one cause of the vast increase in income inequality. The replacement of human workers by robots is only going to increase in the future.

Once driverless cars become the norm — perhaps in less than 20 years — what happens to the millions of people now employed in the commercial trucking industry? Swiss lawyer Sebastian Fanti worries that driverless cars may make the decision to hit a pedestrian rather than harm the passenger not wearing a seatbelt. However, that’s only a difference in form for human decision-making in the seconds before an accident. While the algorithm’s decision involves those individuals, the loss of well-paying trucking jobs hits the working class hard.

Raising the minimum wage is a hot-button issue right now. While humans require enough money for food, shelter and clothing, that’s not the case with robots. People need healthcare, retirement plans and vacations — robots don’t. They can work 24/7/365 without complaint. It’s likely that a rise in the minimum wage will lead to more businesses replacing workers with technology. It’s not just low-wage workers who have to worry — robots and tech may replace as many as 50 percent of current jobs within the next few decades. Yes, new jobs for people will also result, but odds are this work tilts toward the very well-educated.

We can’t stop progress. When the automobile was invented, it spelled the end for all but a few harness and carriage makers, but millions more jobs emerged in this new industry. It’s different this time, this century. Technology connects us and in many ways makes our lives easier and safer. However, its economic disruption is vast and probably permanent. Millions of unemployed or underemployed people is detrimental to society. Let’s hope those killer robots are never turned on angry former workers.