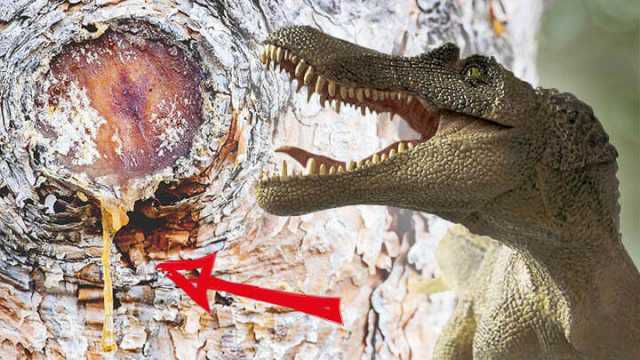 Oh you didn’t think it was just a movie, did you? No no, we’re actually doing this. The concept of cloning through DNA has become more reality than fiction. As a result, some of the world’s most adventurous scientists have been looking at ways to bring species back from extinction. Yes, even dinosaurs.

Researchers brought back one previously extinct species, though only briefly. Through DNA cloning, scientists revived a type of wild goat known as a bucardo. The species was decimated by hunting over the last two centuries. The last bucardo, a female named Celia, died in 2000. Scientists then attempted to revive the species by injecting her DNA into goat eggs. Then they implanted them in surrogate mother goats.

Sadly, out of 57 attempts, only one goat was able to bring a bucardo egg to full term. Unfortunately, the bucardo died just seven minutes after being born. It was unable to get air since one of her lungs developed an obstructive growth. Efforts to clone Celia in 2003 showed that science wasn’t quite ready to bring species back from extinction. But now, a decade and a half later, things might be changing.

But what about dinosaurs? Surely we are not actually working on ways to bring back those massive beasts, are we? Oh yes, we are! But unlike with Celia, we don’t currently have the DNA samples from dinosaurs we would need for cloning. DNA cells break down over time, meaning that unless the cells have been preserved somehow, finding dinosaur DNA might be impossible.

Entomologist George O. Poinar Jr. from UC Berkeley has been working diligently for decades on ways to find preserved DNA. He is utilizing a method some of you might find familiar. Poinar and his team claim to have been able to obtain DNA from insects preserved in amber (such as tree sap) from millions of years ago. His work draws on theories originally presented by a research group out of Montana named “the Extinct DNA Study Group.” The group theorized that dinosaur DNA could be obtained through this method.

Yes, that is exactly the plotline from Jurassic Park.

Michael Crichton, author of Jurassic Park and Westworld (he likes elaborate theme parks), drew inspiration from Poinar’s work. He visited him personally to ask him about the possibility of reviving extinct species through this method. He later thanked Poinar in the book turned movie franchise.

Just last year, Poinar and his team discovered a plant species related to coffee that they believe to be 45 million years old. As of yet, no dino DNA, however. Critics of Poinar’s work believe DNA simply could not stay preserved for such a long time period.

Yet another Jurassic Park-related researcher believes he has another way to bring back the dinosaurs. This one that doesn’t involve DNA preserved in amber.

World-renowned paleontologist Jack Horner has been looking into how we could bring dinosaurs back into existence for his entire career. His latest book “How To Build A Dinosaur: Extinction Doesn’t Have To Be Forever,” details his latest attempts. Horner served as a technical advisor on the Jurassic Park films. He is said to be the inspiration for Dr. Alan Grant.

His theory involves a type of reverse evolution. It uses the descendants of dinosaurs as the starting point. While crocodiles, lizards and other reptiles are relatives of the dinosaurs, birds are thought to be the only living animals that descended from them. As such, birds contain the genetic key to unlocking their ancestors. Horner believes that by activating certain genes in bird DNA (based on what we have learned from dinosaur fossils) they can re-create the animals that birds evolved from.

Horner has stated he hopes to have a living dinosaur, reverse engineered from birds, within the next 10 years.

His theories were given further credence by a 2015 study. It deactivated the genes which led to birds developing beaks. Researchers ended up with unhatched birds with very dinosaur-like faces. Researchers believe that by silencing the beak gene, the chicken’s face returned to its “ancestral state.” The team did not have the approval to allow the engineered birds to hatch. They were able to observe how the birds were developing while still inside the eggs, however.

Efforts to bring back extinct animals

We are closer to bringing back other extinct animals than we are dinosaurs. Namely, the woolly mammoth. Scientists believe we have all the DNA we need of that species, the results of a well-preserved specimen discovered in 2013. Now efforts are underway to bring the species back. They’ll do this by inserting the DNA into an elephant egg and using a surrogate elephant as the mother. Whether this will turn out to be more successful than attempts to revive the bucardo remains to be seen. Similar efforts have been proposed for the extinct passenger pigeon as well.

Should we be doing this? 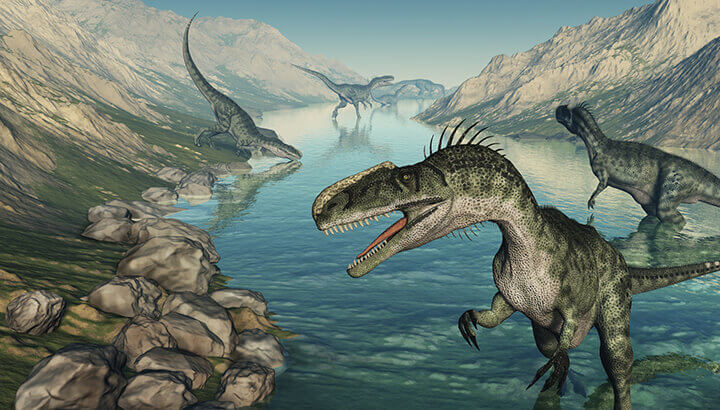 Re-creating species that nature selected for extinction millions of years ago creates an interesting ethical dilemma. It’s something Jeff Goldblum’s character tries desperately to explain in the first movie.

If Horner is able to recreate dinosaurs from their descendants, what exactly would he do with them? Put them in a theme park on an island? What if they are smarter than we thought? What if they could learn to open doors? Reproduce even though they are all female? Heck, could they even end up making it to the mainland someday? I won’t spoil what happens in the new movie, in case you haven’t seen it, but it’s pretty good.

Critics of cloning extinct species, dinosaur or other, argue that the large sums of money used for this research would be better spent on conservation efforts. For people like Jack Horner, however, that wouldn’t be nearly as fun.