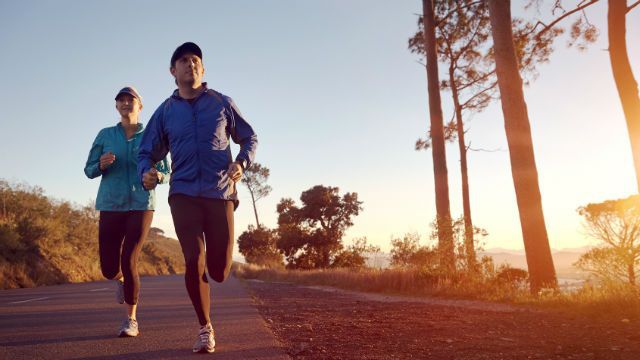 If you’re a runner, or have even thought about becoming one, you’ve probably been told that running is bad for your knees.

But it seems that regular running at any age, not only doesn’t increase the risk of developing osteoarthritis in the knees, but it might even help this painful condition, according to research presented recently at the American College of Rheumatology Annual Meeting in Boston.

Osteoarthritis is the most common joint disease affecting middle-aged and older people, characterized by progressive damage to the joint cartilage, which is the cushioning material at the end of long bones, and causes changes in the structures around the joint. It often results in limited movement in addition to causing pain and swelling.

Knee osteoarthritis is one of the most common forms, caused by cartilage breakdown in the knee joint. Certain factors can increase the risk of developing the condition, including being overweight, aging, injury or stress to the joints and having a family history.

There has been concern that regular running might contribute to knee osteoarthritis, particularly due to the chronic mechanical overload of the knee joints.

In the long-term study known as the Osteoarthritis Initiative conducted at Baylor College of Medicine in Texas, researchers analyzed data on 2,683 participants. Eight years after the start of the study, participants reported on their main form of activity during four stages of life: ages 12-18, 19-34, 35-49 and 50 and older. If the participants reported running as one of their three main activities during one of the periods, they were classified as a runner at that time of their lives.

The results are said to be even more significant, considering that the average age of study participants was 64.7.

The researchers concluded: “Non-elite running at any time in life does not appear detrimental, and may be protective” in regards to developing knee osteoarthritis.

Grace Hsiao-Wei Lo, MD, MSc of Baylor College of Medicine and a lead author of the study, noted that this study does not address the question of whether or not running is harmful to people who have pre-existing knee osteoarthritis, but for people who do not have this condition, there is no reason to restrict participation in habitual running at any time in life from the perspective that it does not appear to be harmful to the knee joint.