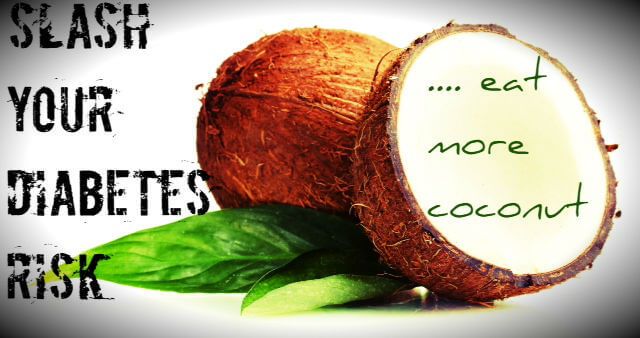 According to the sixth edition of the Diabetes Atlas, released by the International Diabetes Federation (IDF), 10 percent of the entire world will be afflicted with diabetes by 2035. The report, released on World Diabetes Day, provides a projection of the number of adults between ages 20 and 79 that will have diabetes in coming years. The current amount of the world population living with diabetes is over 5 percent, and the number of total cases have increased by 4.4 percent in the last 2 years.

Statistics also show that the number of diabetes cases, especially type 2, have increased in every country. Approximately 5.1 million people worldwide die of this disease each year, which amounts to one person every 6 seconds.

The IDF estimates that in the United States, a whopping 9.2 percent of the population will have diabetes by the end of 2014, and this percentage is estimated to increase to 11.6 by 2035 – that’s just under 30 million people.

Currently, approximately 192,725 Americans die of diabetes every year. Lenore Guariguata, epidemiologist and project coordinator for the Diabetes Atlas, states, “we haven’t seen any kind of stabilizing, any kind of reversal. Diabetes continues to be a very big problem and is increasing even beyond previous projections.”

If the rate at which diabetes is escalating isn’t enough, the CDC noted that an additional 86 million individuals are coping with pre-diabetes, and that one half of all people over the age of 65 fall into this category. Pre-diabetes means that blood sugar is abnormally high, yet has not reached the standards at which full-fledged diabetes can be diagnosed.

Without lifestyle changes, 15 to 30 percent of all pre-diabetics will be diagnosed with the now most-common form of the disease, type 2 diabetes. According to the CDC, one out of every four individuals has diabetes and doesn’t know it.

These individuals are unknowingly increasing their risk for blindness, kidney failure, heart disease and stroke every day that they are not receiving treatment.

Well said, Dennis -why do we spend so much time, so much energy and so much money on ambulances and not nearly enough on fences? Probably because there is more money to be made in allowing people to succumb to a chronic disease than there is in teaching prevention.

After all – drug companies need someone to buy their poisons, right? One of the most popular diabetes drugs, Avandia, was yanked off the market in 2011 after studies demonstrated that it increased the risk of heart attacks among persons with diabetes. In 2011, the drug manufacturer came to a 3 billion dollar settlement due to fraudulent marketing of the drug, making this the biggest federal criminal drug company settlement to date.

Just because the government is not leading the way in prevention does not mean that you shouldn’t take personal responsibility for your health – of course you should. And, doing so right now could be a matter of life and death. Type 2 diabetes is a lifestyle illness – it is, for the most part, the result of many poor choices that end in disaster. The good news is that it is entirely preventable – no one should have to suffer with the consequences of such a horrible condition.

Millions of people across America (not to mention worldwide) struggle with stubborn abdominal fat, which can be difficult to shed even when a healthy lifestyle is adopted. Not only is abdominal fat, also called visceral fat or ‘belly fat,’ unsightly, it can lead to an increased risk of a number of health conditions. Some of the risks associated with carrying excess fat around your middle are a greater susceptibility to type 2 diabetes and heart disease.

Additionally, as this fat tends to coat vital organs, it can cause system-wide inflammation that can trigger an array of other chronic illnesses. A big part of preventing diabetes is choosing healthy foods – not fast, or processed foods that predominate Americans’ lives.

The result of adopting a healthier eating style is generally fat loss, or more importantly, belly fat loss. One thing that many people in this situation erroneously try is to cut fat out of their diets in hopes of shedding the weight around their middles.

The truth is, Americans have reduced their saturated fat consumption by 10 percent in the last 30 years, and obesity rates have doubled. In taking on type 2 diabetes, there is one superfood that can not only help reduce belly fat but also decrease blood sugar levels. Coconuts are truly an amazing gift from nature that many people are just now starting to embrace.

Coconut oil contains medium-chain fatty acids (MCFAs), which have been linked to a large variety of health benefits. This oil packs tremendous thermogenic power when compared calorie for calorie to long chain fats. One study demonstrated how just 1 to 2 tablespoons of MCFAs per day can increase energy expenditure by 120 calories per day.

Other studies confirm the findings and clearly demonstrate that when we replace the current fats we are eating (including those found in processed foods) with MCFAs, we burn more calories – hands down. Another added bonus of consuming raw, organic coconut oil is that it tends to make us feel fuller for longer. Studies indicate that MCFAs help increase feelings of fullness and lead to a reduction in calorie intake when compared to the same amount of calories from other fats.

When MCFAs are metabolized, ketone bodies are created in the liver – these have been shown to have a strong appetite reducing effect. A 2009 study published in the journal Lipids consisted of testing the effects of either 2 tablespoons of coconut oil or 2 tablespoons of soybean oil on a group of 40 women over the span of 28 days. Results showed that the group that ate the coconut oil had a decrease in belly fat, while the soybean oil group actually showed a slight increase in belly fat.

Additionally, the group that ate the coconut oil showed increased HDL ‘good’ cholesterol levels, while the soybean oil group had decreased HDL cholesterol and increased LDL ‘ bad’ cholesterol. The Journal of Nutrition published a study where researchers investigated all studies relative to MCFAs and weight management. The studies showed that diets rich in healthy fats, such as those found in coconut oil, prompted a boost in metabolism, increase in energy, decrease in food consumption, reduced body weight and lower body fat mass.

The study authors highly recommend using oils that contain MCFAs, such as coconut oil, as a tool to drop extra belly fat, manage a healthy weight, and even as a way to treat obesity. As more and more studies continue to pile in, it is clear that the scientific and medical community are finally realizing what Pacific Islanders have known for hundreds of years: coconut oil is a rich and highly beneficial fat that should be a part of everyone’s diet.

Obviously, if you are diabetic or pre-diabetic, you struggle with elevated blood sugar. When we consume carbohydrates, they are broken down in the digestive tract and converted into glucose (blood sugar).

Typical western meals contain a high degree of simple carbohydrates that come from refined flours and sugar, often from processed/fast foods. These foods cause the sugar in the blood to rise rapidly.

Diabetics and pre diabetics are encouraged to consume foods that have a low glycemic index. The higher the glycemic index, the greater impact the food has on increasing blood sugar. The body knows that elevated blood sugar is a bad thing, and to counterbalance, it starts pumping insulin into the bloodstream to get things under control.

If sufficient insulin is produced in a timely fashion, all is good and blood sugar goes back down. However, what happens to most people is that insulin does not get produced quickly enough, or the cells become desensitized to the insulin, which causes blood sugar to remain high over a long period of time. Consuming foods that are rich in coconut fiber helps to slow the rapid rise of blood sugar because this fiber absorbs some of the sugar from the blood.

In a study published by the British Journal of Nutrition in 2003, participants, both diabetic and non diabetic, were give a variety of foods to eat. These foods included cinnamon bread, carrot cake, brownies, granola, and other foods that persons with diabetes should normally limit.

Researchers concluded that adding coconut to foods helps to stabilize blood sugar. In addition, replacing wheat flours with coconut flour is a great idea for people who are pre-diabetic or diabetic.

Although diet is only one aspect of diabetes prevention – you must also exercise regularly, manage stress and get plenty of sleep – making positive changes to what you eat is a great place to start, and your waistline will thank you.

If you want to learn 9 more AMAZING benefits of using  coconut oil every day, and help keep diabetes at bay, click here.