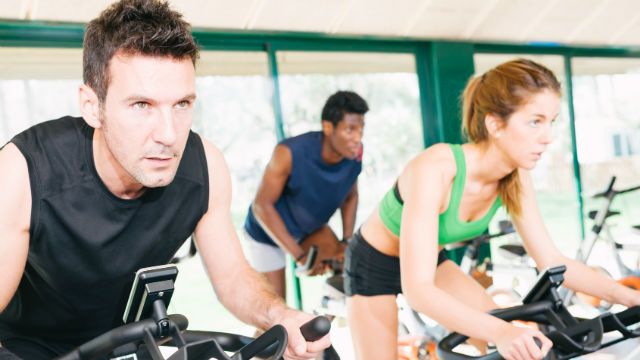 The body is a network of intricately connected systems; if one system goes awry, others can easily follow suite. The connection between the critically important cardiovascular and nervous systems has recently received attention by researchers, and it is coming to light that heart health has a significant impact on brain health, especially as we age.

This cognitive test shows the name of a color portrayed in a different color, and asks the person taking the test to name the color of the word instead of reading the word. If a person is able to do this rapidly, it is a sign of quick cognitive reflexes. Along with these tests, the study participants were also given a series of MRIs, of the brain and of the aorta, the primary vessel near the heart.

According to the study’s first author, Claudine Gauthier, “we found that older adults whose aortas were in a better condition and who had greater aerobic fitness performed better on a cognitive test. We therefore think that the preservation of vessel elasticity may be one of the mechanisms that enables exercise to slow cognitive aging.”

Gauthier added, “although the impact of fitness on cerebral vasculature may however involve other, more complex mechanisms, overall these results support the hypothesis that lifestyle helps maintain the elasticity of arteries, thereby preventing downstream cerebrovascular damage and resulting in preserved cognitive abilities in later life.”

As we reported in an earlier article, regular exercise has also been found to help boost the immune system, helping to ward off seasonal illnesses and respiratory infections. One theory as to how this works is that since exercise can improve circulation, antibodies and white blood cells are able to move through the body more efficiently. Other researchers hypothesize that this may be due to the body removing toxins when it is regularly sweating, such as after a workout.

For the benefit of your heart, brain, immune system and your overall well-being, this is just one more piece of evidence to support the importance of exercising on a regular basis.