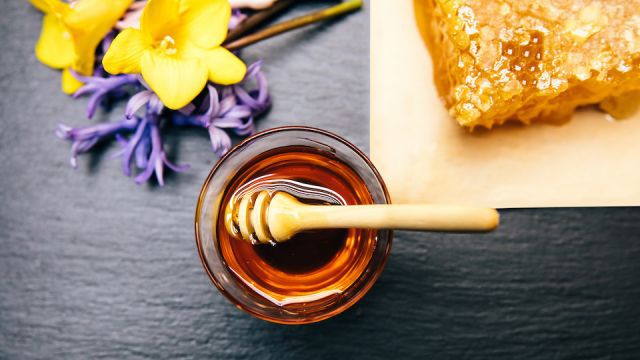 It is sweet, it is sticky, and it is extremely valuable to the health of humanity. Honey has played an integral role in all cultures around the world, not only as a food, but also as a medicine.

Hippocrates himself wrote of the “liquid gold” and its medicinal effects. He said, “honey causes heat, cleans sores and ulcers, softens hard ulcers of the lips and heals carbuncles and running sores.” Roman legions applied honey to their wounds, and a favorite pre-event snack for early Olympians was dried figs and honey.

Today, we have not only anecdotal evidence but also sound scientific research proving that honey has substantial therapeutic value.

While all unprocessed honey is good for you, there is one particular type of honey that really stands out. Manuka honey comes from wild Manuka trees (Leptospermum scoparium) found in remote areas of New Zealand and Australia. In the early 1930s, the health benefits of manuka honey were first observed by dairy farmers who fed the honey to their cows. Amazingly, the cows had super active immune systems and never became ill.

The secret lies in the Manuka tree itself. It produces compounds with potent antifungal, antibiotic, and antibacterial properties that enhance the overall health of all of the birds and insects, including honey bees, that feed on the rich nectar from its flowers. It is truly a superfood for man and animal!

Not all honey is equal

Not all honey contains glucose oxidase, an enzyme which the bees introduce to their honey. This enzyme releases antiseptic hydrogen peroxide into infection sites, in or on the body, that kills dangerous bacteria without harming surrounding body tissue. Clover honey, for example, does not contain the enzyme or any peroxide.

There is a special kind of manuka honey that has healing properties beyond other raw honey, even other manuka honey. This honey, known to beekeepers as “active” manuka, is clearly the “queen” of honey when it comes to bacteria-fighting power.

In fact, there is strong evidence that this honey, which has an added non-peroxide component known as methylglyoxal, has up to 200 times the bacteria-fighting powers of any other honey in the world.

Apiologists do not know exactly why only some manuka honey contains this potent bacteria-fighting power, but they have given this special liquid gold its own rating system, known as “unique manuka factor” (UMF). The UMF scale runs as high as 20 percent of total content, and is used as a marker to determine the advanced therapeutic value of specific batches of the honey.

Here are just some of the powerful therapeutic benefits of manuka honey:

Dr. Ralf Schlothauer, PhD, the CEO of Comvita, New Zealand’s largest supplier of medicinal manuka, explains that the UMF is a concentration of the individual antioxidant phenols that are in the honey. These phenols inhibit bacterial growth and promote healing. The antioxidants are not like synthetic antibiotics that promote the spread of antibiotic-resistant superbugs.

Antibiotic resistance is, according to the CDC, a leading world health problem. Doctors first began to notice resistance problems almost a decade ago when kids with middle-ear infections stopped responding to the drugs they were being given.

Penicillin has also become less effective over time, and a new strain of staph bacteria has arisen that does not respond to antibiotics at all. This makes honey an attractive option for treating wounds, burns, and skin problems that could develop serious infections.

Hospitals all over the world are now using active manuka honey alongside conventional medication to treat several conditions, with wound healing topping the list. During the Civil War, honey was applied liberally to the wounds of soldiers, and today, scientists are finding out that manuka honey can stop dangerous infections in their tracks.

Professor Elizabeth Harry, from the University of Technology, Sydney, reported in the journal PLOS ONE that manuka is the best honey for stopping bacterial infections and wounds. In addition, manuka honey has been shown effective in the treatment of eczema, burns, dermatitis, and abscesses.

A study conducted in 1992 showed that manuka honey sped up healing after cesarean sections. The Journal of Lower Extremity Wounds found positive findings on honey in wound care reported from 17 randomized control trials including more than 1,965 participants, as well as in 16 trials involving wounds on over 500 experimental animals.

Six years ago, the FDA authorized the very first honey-based medical product for use in America. Derma Sciences uses Manuka honey for their Medihoney burn and wound dressings, which you can find online and in medical supply stores.

Digestive disturbances impact nearly 70 million Americans, who suffer from a variety of painful and life-disrupting conditions such as irritable bowel syndrome. The gut is the core of the body, and when it is out of balance, the whole body is out of balance.

When the gut is not working correctly, nothing else in the body works either. Digestive distress can interfere with everyday living and cause a tremendous amount of discomfort; this is the bad news. The good news is that your gut is not your enemy. Once balance is restored, the whole body responds, and wellness ensues.

Active manuka honey contains flora substances that work to prevent the growth of harmful bacteria while regenerating healthy bacteria. A teaspoon of honey will coat the stomach and eliminate bacteria that are upsetting your digestive tract.

Researchers in India have found that manuka honey worked just as well as commercial mouthwash, and better than chewing gum with xylitol, for reducing plaque levels. This, they attribute to its outstanding antibacterial qualities. Manuka honey, taken orally, can help reduce gingivitis and keep the mouth healthy and free from harmful bacteria.

If you are looking to add manuka honey to your home first aid kit, don’t be fooled – there are a lot of imposters out there. To make sure you are getting the real thing look, for the UMF mark on the jar. This mark is a quality standard and ensures consumers that they are not purchasing something less than the best.

In order for a manufacturer to sell honey under the UMF brand, it has to hold a UMF license with the Unique Manuka Factory Honey Association. Besides, the honey must also have a rating of UMF 5 or more and meet several other quality control standards. As with anything, you get what you pay for. Don’t be tempted to pay less – you will get less.

Note: Honey should not be given to children under 12 months of age.