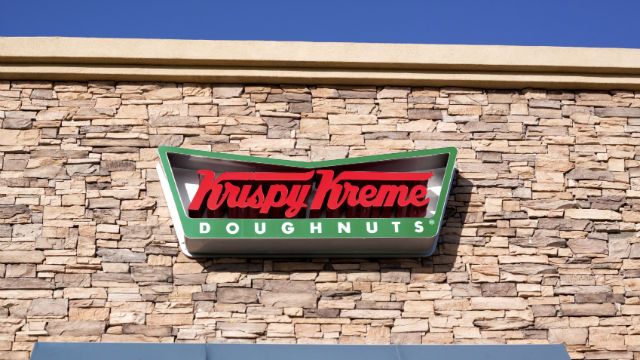 It’s that time of year again…the draggers are coming out of storage sheds and meticulously grooming the pristine dirt. Outfields are being mowed. Stands are being prepared to house multitudes of baseball fans. Spring training is in full swing.

The famous concession stand is airing it’s wares, stocking up on greasy hot dogs and fries. But with the start of the season fast approaching, something even more health threatening may be coming to baseball diamonds near you.

Everyone knows the perils of sitting in the front row. Your chances of being hit by an errant ball are that much higher. But did you know that the damage done to you by the new Krispy Kreme Donut Dog is something to be much more concerned about? If you eat these you may find yourself someday wishing you had been hit by that baseball instead. Is this something that you really want to be putting in your body?

The aptly named “Krispy Kreme Donut Dog” is pretty much what you’d expect from something with a name like that. It is an unholy hot dog (mystery meat) shoved into a Krispy Kreme glazed donut bun. And to make a bad thing worse, it’s slathered in copious amounts of raspberry jam and topped with bacon. Wouldn’t want to forget the oh so important bacon bits.

This unsavory creation has been brought into the world by Krispy Kreme and the Minor League Baseball team The Wilmington BlueRocks. The BlueRocks are giving baseball fans a chance to name their newest atrocity. The contest winner will receive tickets to opening night, a plaque with their name and claim to fame and all the glory that comes with the name.

Not only are GMO peanuts, and greasy bagged fries being served to unsuspecting customers… more than a dozen major-league teams are offering ball fans the opportunity to pay a fixed price and stuff themselves with as many nachos and hot dogs as their poor arteries can handle. All you can eat but you may not be able to get out of your seat.

Though many avid baseball game goers believe that highly processed, sugar and trans fat laden snacks are part of the baseball experience, some ball diamonds are realizing that you shouldn’t gain a pound after every inning. A few select parks are now offering gluten free options, veggie kebabs, and even salads! Our hats off to them, at least they’re trying.

But still, as always, the best option would be to sneak in your own healthy snacks. Carrots with hummus or even stove popped organic popcorn cooked in coconut oil. This way you can enjoy the game without a guilty conscience and you know what you are putting into your body! Just don’t get caught.