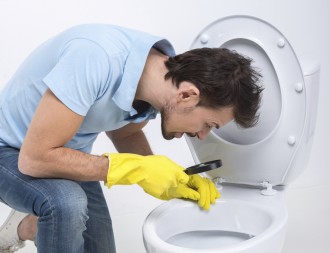 Throughout history, the search for gold has driven mankind to some surprising extremes, but the latest possible source may be a big stretch for some. Apparently, there are some researchers who think your poop should be mined for gold and other precious metals.

Is there gold in your crapper

Researchers from the U.S. Geological Survey (USGS) are looking at finding ways to extract precious metals like gold and silver from the solid waste of human beings. Apparently, human solid waste is full of microscopically small metal particles that have filtered out in the body from things like detergents, odor-resistant clothing, and other personal products. These particles are so tiny that compared to the width of a human hair, they come in around 100 times smaller.

“If you can get rid of some of the nuisance metals that currently limit how much of these biosolids we can use on fields and forests, and at the same time recover valuable metals and other elements, that’s a win-win,” explained USGS geologist Kathleen Smith, who presented her research last month at an American Chemical Society meeting.

What happens to the poop

When human waste is collected at wastewater treatment plants, it is separated out into treated water and biosolids. Generally, half the biosolids are either incinerated or end up being dumped in landfills. The other half of the biosolids are often used as fertilizer.

“We have a two-pronged approach. In one part of the study, we are looking at removing some regulated metals from the biosolids that limit their use for land application. In the other part of the project, we’re interested in collecting valuable metals that could be sold, including some of the more technologically important metals, such as vanadium and copper that are in cell phones, computers and alloys,” explained Smith. 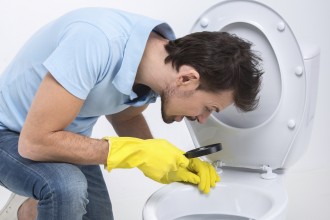 She and her colleagues examined samples of waste from small towns, rural areas, and cities. Their research findings showed sizable concentrations of precious metals such as gold, silver, and platinum that were detectable when waste was scanned with an electron microscope.

In regards to her research findings, Smith said, “The gold we found was at the level of a minimal mineral deposit.” So it was consistent with the level of gold that when observed in rock, would be considered worthy as a possible mining prospect. In an email Smith pointed out, “The real challenge is to try to find a way to release and recover the metals so that they are in the correct form to be usable.”

Millions of dollars going down the toilet

According to a separate study that was published in the journal Environmental Science & Technology, researchers estimate that extracting metals from the human solid waste of a population of one million people could yield as much as $13 million in a year.