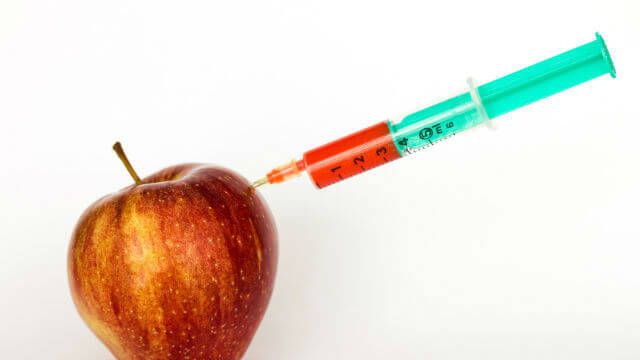 If you still trust that the FDA approval sticker on a food item, personal care product, supplement or medication means that it has been thoroughly researched and found safe for human consumption… we’re sorry to say it’s time to think again.

A new investigation just published in the medical journal JAMA has revealed some truly disturbing evidence that the our nation’s Food and Drug Administration has been covering up cases of scientific fraud in clinical trials… the very trials the approval of our foods and medications are based on.

During the course of the study, aptly titled, “Research Misconduct Identified by the US Food and Drug Administration: Out of Sight, Out of Mind, Out of the Peer-Reviewed Literature,” Charles Seife of New York University and his research team examined 78 scientific publications which were based on 57 clinical trials which were found to be “tainted.”

By “tainted,” the researchers mean that the trials had evidence of misconduct including, “falsification or submission of false information… problems with adverse events reporting… protocol violations… inadequate or inaccurate recordkeeping… failure to protect the safety of patients and/or issues with oversight or informed consent.”

“Only 3 of the 78 publications (4%) that resulted from trials in which the FDA found significant violations mentioned the objectionable conditions or practices found during the inspection. No corrections, retractions, expressions of concern, or other comments acknowledging the key issues identified by the inspection were subsequently published.” Yeah… that’s pretty serious.

For their research, Seife and his team also examined approximately 600 clinical trials which included researchers who had failed FDA inspection. On the results of this, Seife told the publication Slate:

“In only roughly 100 cases were we able to figure out which study, which drug, and which pharmaceutical company were involved … For the other 500, the FDA was successfully able to shield the drugmaker (and the study sponsor) from public exposure.”

“The FDA has repeatedly hidden evidence of scientific fraud not just from the public, but also from its most trusted scientific advisers, even as they were deciding whether or not a new drug should be allowed on the market. Even a congressional panel investigating a case of fraud regarding a dangerous drug couldn’t get forthright answers. For an agency devoted to protecting the public from bogus medical science, the FDA seems to be spending an awful lot of effort protecting the perpetrators of bogus science from the public.”

This is not the our first problem with the FDA. We have written about the many food additives  with researched dangers approved for use in our nation’s foods, the almost non-existent regulation of our personal care products and supplements, and the routine administration of antibiotics and growth hormones to animals raised for meat. All of this is just backwards.

Frankly, we are tired of the FDA’s nonsense. This new investigation is the closest thing we’ve ever had to definitive proof that the FDA is NOT doing its job – and that a major overhaul of our nation’s food and drug system is in order – ASAP.