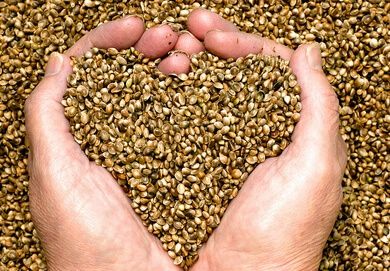 The Cannabis plant and its products have been utilized for thousands of years, dating as far back as 6000 BC. This plant is easily cultivated and offers a long list of benefits.

Unfortunately, cannabis, or hemp as it is more commonly referred to, has gotten a bad rap over the last 70 or 80 years after the industry was crushed by the anti-marijuana crusade started by industries who felt threatened by the competition.

In the mid-1930s, Popular Science magazine called hemp America’s “New Billion Dollar Crop.” With the steel, oil and timber companies holding most of the economic power in the nation, it was easy for them to come up with a plan to demonize hemp through effective propaganda and misinformation. They insisted that hemp was nothing but marijuana and its use was just a dangerous way to get “high.”

Under pressure from these industries, the government passed the Marijuana Tax Act of 1937, which imposed a prohibitive tax on all hemp products, destroying the industry and denying Americans one of the most beneficial crops on earth.

Hemp is environmentally friendly. It’s a hardy plant that requires little water, no synthetic fertilizers or herbicides. It boosts soil health and in relatively warm climates, it can be planted and harvested twice a year.

Just some of its wonderful uses and benefits include:

Hemp seeds and oils are one of the most nutritionally dense foods on earth. They are a rich source and an ideal balance of omega-6, omega-3 and omega-9 fatty acids. They are the only edible seeds that contain GLA, an essential fatty acid. They are also a highly nutritious source of protein, easily digested in their raw, natural state.

Packed with essential protein amino acids, they also offer one of the most complete proteins – even better than nearly all other protein sources, plant or animal.

Hemp seeds and oils help to:

Hemp offers the opportunity to live in harmony with the environment and our ecosystems instead of fighting against them. It even has the potential to replace all major renewable raw materials.

When produced correctly, hemp plastics are 100 percent biodegradable and could potentially replace all petroleum based plastics that are filled with harmful chemicals.
Instead of cutting down trees for wood to produce paper using toxic chemicals that result in numerous ecological problems, hemp fibers can be used for paper.

The fibers are stronger and more versatile than any other plant derived fiber, including cotton and wood. Deforestation is occurring at around 3 percent each year; hemp is a much superior resource as it can be grown to maturity in just a little over three months.
The hemp biomass fuel does not produce sulfur. It can be used as a relatively clean power source with its 95 percent fuel to feed ratio.

Hemp could have an important role in creating a healthier, happier world now and for future generations. For now, we wait patiently for the powers that be to recognize and embrace this plant’s amazing potential.