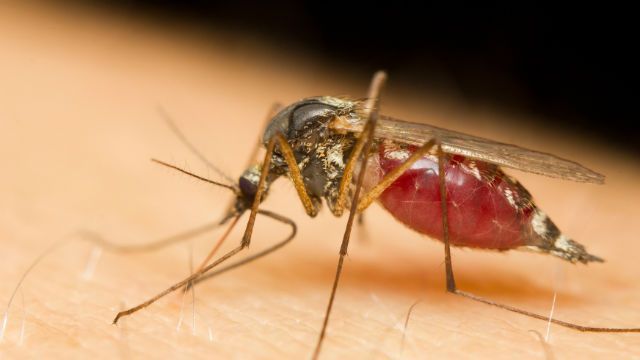 There has been a great deal of talk in the news lately about Ebola concerns, but it is actually other tropical diseases spread by insects that pose a greater threat to Americans.

The diseases we should really be worried about

In his recent interview with FOX News, Dr. Mark Siegel, Professor of Medicine at NYU Langone Medical Center, explained that there are a few tropical diseases making their way into United States at an alarming rate. According to Dr. Siegel, these diseases are spreading through insects, which makes them far more difficult to prevent.

As he explains, people travel to other countries where they are bitten and infected by insects. Then they return to the US, and the infection is spread to local insects.

Beware of the kissing bug

One of the scariest tropical diseases now starting to appear in the US is Chagas disease. Normally seen in Latin America, Chagas disease is passed to humans through a visit by the kissing bug. Kissing bugs are small insects that land on a person’s face at night, usually by the mouth, and leave a parasite behind in their feces.

The parasite enters a person’s body and can be spread by contaminated blood or donated organs. Chagas may not immediately cause noticeable symptoms; however, up to 30 percent of infected people can develop heart or digestive issues that can be serious and possibly life-threatening.

As stated by Dr. Siegel, there are close to one million people in the US with Chagas disease. There is currently an anti-parasitic treatment for this disease, but it is only available outside the US and can only be obtained through the U.S. Centers for Disease Control and Prevention (CDC).

There is more than West Nile to worry about

According to Dr. Siegel, the major concern with mosquitoes is the yellow-fever mosquito that carries dengue fever. There are over 100 million cases in the world right now. Dengue fever has no cure, though there is a vaccine still in development. A nasty symptom of dengue is something called “breakbone fever,” where you can experience a lot of intense muscle aches, joint pain, and bone aches.

Dengue fever is a primary cause of fatigue among travelers. It spreads quickly, because when a mosquito with dengue fever bites someone, that person can then transmit it to someone else. Left untreated, this disease can lead to death from shock.

The mortality rate with a severe case of dengue is approximately one percent when detected early and treated, but it rises up to 20 percent otherwise. However, the most serious dengue hemorrhagic fever doesn’t manifest until someone is infected for a second time. The danger is that the first infection could be very mild, and the person may not realize they have had it at all. Then a second infection comes, and it can blossom into something serious.

Another reason to dislike mosquitos

Another disease being spread by mosquitoes is chikungunya fever. In his interview with FOX News, Dr. Samadi, Chairman of Urology and Chief of Robotic Surgery at Lenox Hill Hospital in New York, explained that he had just returned from the Caribbean where this disease is erupting. Dr. Samadi said there are mosquitos by stagnant water, and they are biting travelers and causing short-term symptoms like tiredness, malaise, fever and arthritic joints.

As he explained, the danger is in the long term problems with this disease if it gets into your heart or your digestive system. One percent of the time it can actually kill people. There is no treatment available at this time for chikungunya, but a vaccine is being researched.

When it comes to mosquitoes, we should try to avoid being bitten whenever possible. Check out our natural mosquito repellant ideas.