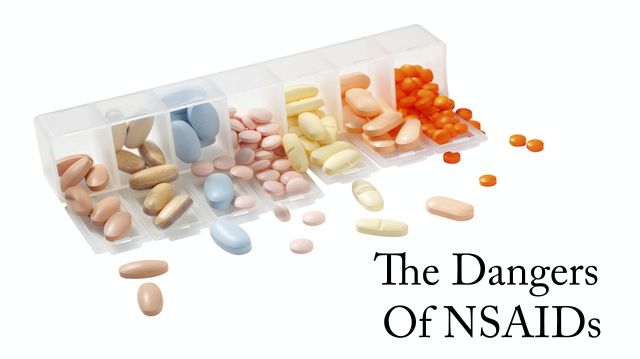 We totally get it — pain is detrimental to living life, and must be dealt with swiftly if we are to continue to function. However, popping painkillers really can do you more harm than good, even if they’re the seemingly innocuous over-the-counter ones.

One example of a common pain medication with a range of scary potential side effects is the NSAID, or Nonsteroidal Anti-Inflammatory Drug. This class of drugs — used by over 30 million people across the globe each day — includes ibuprofen, naproxen, diclofenac, celecoxib, and etoricoxib.

Just a few of the reasons that people take these medications are headaches, arthritis pain, fevers, joint and muscle pain, and all types of inflammation. These types of pain can range from mild to severe, so it is completely understandable that people reach for these drugs in order to diminish their symptoms.

However, it really may be worth considering reaching for a natural pain remedy first. One reason is that research has uncovered some pretty scary potential dangers of using these medications — even in smaller doses.

What the research says

A new study recently presented at the European League Against Rheumatism Annual Congress (EULAR 2015) has found that using some types of NSAIDs may tamper with ovulation in women when taken for mild musculoskeletal pain symptoms, thus making them less fertile.

The study included 39 women, all of whom were in their childbearing years. The women took one of three different types of painkillers, or a placebo, for 10 days, starting 10 days after the beginning of their menstrual cycles. The results were quite frightening: Researchers found that while 100 percent of the placebo control group ovulated, only 6.3 percent of the diclofenac group, 25 percent of the naproxen group, and 27.3 percent of the etoricoxib group ovulated.

“After just ten days of treatment we saw a significant decrease in progesterone, a hormone essential for ovulation, across all treatment groups, as well as functional cysts in one third of patients. These findings show that even short-term use of these popular, over-the-counter drugs could have a significant impact on a woman’s ability to have children. This needs to be better communicated to patients with rheumatic diseases, who may take these drugs on a regular basis with little awareness of the impact.”

Another study, published in 2014 in the journal Neurology, linked certain types of NSAIDs with a higher risk of stroke death.

For this study, researchers surveyed the medical records of over 100,000 people in Denmark who had experienced their first stroke between 2004 and 2012. Based on their analysis, the researchers found that individuals taking older COX-2 inhibitor NSAIDs, such as diclofenac, nabumetone, and meloxicam, had a 42 percent higher risk of dying from a stroke.

Individuals taking etodolac were found to have a whopping 53 percent higher risk of dying from a stroke. Individuals taking more recently-released types of COX-2 inhibitor drugs were 19 percent more likely to die of stroke, and there was no stroke risk link found with non-selective NSAID drugs in this study.

According to study author Morten Schmidt:

“While newer versions of these COX-2 inhibitors drugs have been pulled off shelves, older ones are still frequently prescribed. Our study provides further important evidence solidifying the risks of certain arthritic pain relievers and death from stroke.”

The US Centers for Disease Control and Prevention (CDC) state that stroke is the fourth-leading cause of death in the US. The fact that these types of drugs may raise that risk is truly worrying, and not to be taken lightly.

There may be significant dangers for pregnant women who use NSAIDs for pain and inflammation, as well. A 2011 study published in the Canadian Medical Association Journal found that women who took any kind of non-aspirin NSAID during early stages of their pregnancies experienced a risk of miscarriage 2.4 times higher than women who did not take these drugs.

According to researcher Anick Bérard:

“The use of nonaspirin NSAIDs during early pregnancy is associated with statistically significant risk (2.4-fold increase) of having a spontaneous abortion. We consistently saw that the risk of having a spontaneous abortion was associated with gestational use of diclofenac, naproxen, celecoxib, ibuprofen and rofecoxib alone or in combination, suggesting a class effect.”

In this study, even ibuprofen, considered by many to be the most “harmless” of the NSAIDs, was found to be not so harmless at all.

Using NSAID medications has been linked to potential damage to the heart and cardiovascular system, as well. A 2011 study published in the British Medical Journal (BMJ), which analyzed various other studies on the subject, linked NSAID use to a higher risk of both heart attack and stroke.

For their analysis, researchers looked at 31 studies involving just under 116,500 patients. The NSAIDs included in the study were ibuprofen, naproxen, celecoxib, diclofenac, rofecoxib, and lumiracoxib. Control groups who took a placebo were also included in the studies.

“Although uncertainty remains, little evidence exists to suggest that any of the investigated drugs are safe in cardiovascular terms.”

In this study, it was found that naproxen was the least worrisome NSAID in terms of cardiovascular risk, compared to the other NSAIDs studied. However, as the study points out, that does not mean it is safe!

In fact, because of all that we still do not know about NSAIDs — because research is ongoing and more risks and concerns are still being unveiled — we should not be so quick to assume that these drugs are safe at all.

On top of that, the longer that we take NSAIDs, the more risk we may be exposing ourselves to. People who take them several times a month, for issues such as recurrent headaches, may particularly be doing themselves a disservice. As we reported in a previous article, taking painkilling medications too often may actually lead to MORE headaches, triggered by the medication itself.

In this case, popping painkillers becomes a vicious cycle, as one constantly tries to dull the pain with more painkillers, and ends up triggering more and more headaches. Obviously, this can be highly detrimental, both to quality of life and to health overall.

In some severe cases (for example, a critical injury), the relief that certain painkillers provide may outweigh the potential risks. However, whenever possible, it’s highly worth it to your health to consider a natural option first. Luckily, nature has many options available!

For starters, there are many foods, such as hot peppers and ginger, that contain natural anti-inflammatory properties. Some research has even found capsaicin, the active ingredient in hot peppers, including cayenne pepper, and ginger extracts to be more effective than over-the-counter painkillers in treating pain and inflammation.

Garlic and turmeric have also been found to have potent anti-inflammatory, and thus pain-relieving properties. Overall, eating a diet high in antioxidant-rich fruits and veggies — and removing detrimental processed foods from your diet — may help a lot. This is because inflammation is often the scourge behind many pain-related issues.

Some types of natural supplements, such as devil’s claw and aquamin, have also been linked to effective pain relief. In the case of these, make sure you get yours from a trusted source that makes only high-quality supplements with no additives. The quality is worth the extra research you may have to perform, and the background checks you may have to do. 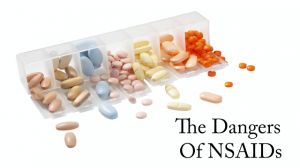 There are many essential oils that may help to tackle pain — from headaches to musculoskeletal pain and beyond. One great example is wintergreen. This plant contains natural methyl salicylate, which is the main ingredient in aspirin. Since wintergreen is in a highly concentrated form, it may help a lot.

Remember: Always talk to a natural health professional you trust before starting a new pain regimen. Even though natural substances, such as foods, herbs, and essential oils, are whole and found in nature, they can still be very potent. A conversation with a health professional can help you determine which ones — and how much — may be safe and effective for your individual health.

Another unlikely natural candidate — which can help with so many aspects of life! — is meditation. As we have reported, mindfulness meditation has been linked by research to lowered levels of chronic pain — and also to aiding patients in letting go of dependence on opioids.

While it may not be as instantaneous as popping a pill, trying the natural way first is certainly safer, and worth it to your overall quality of life and health. Give it a try — see what Mother Nature can truly do, and you may be very pleasantly surprised!