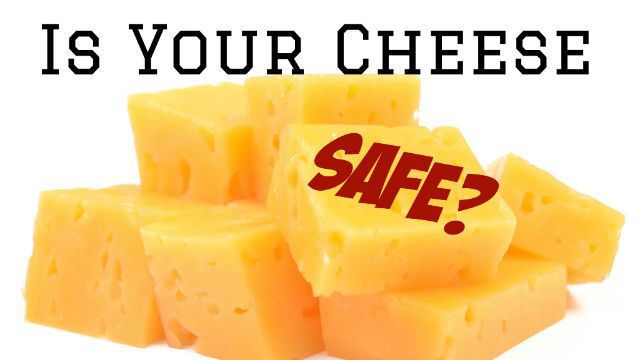 In 2009 and 2010, two strains of the potentially fatal pathogen Listeria monocytogenes infected 34 people in Austria, resulting in eight deaths.

The source of the outbreak was contaminated Quargel, a traditional Austrian curd cheese, produced at a Hartburg dairy.

Recently, experts from the University of Veterinary Medicine in Vienna analyzed the contaminated cheese in an attempt to uncover the source of the contamination. Listeria monocytogenes is an extremely dangerous pathogen, having the highest mortality rate of all foodborne illnesses. Through their research they discovered that the distinct strains had not evolved from a common ancestor, but had entered the food chain independently.

The first contamination event occurred during the time period of June 2009 through January 2010. The initial pathogen was extremely invasive, containing four virulent genes. It easily and quickly infected the epithelial cells of the liver and intestines and was responsible for 14 cases of infection, five of which resulted in death.

The second strain emerged during the time period between December 2009 and January 2010. This highly infectious strain affected immune-system cells known as macrophages, and ultimately resulted in infecting 20 more individuals and causing three deaths.

While the production of the contaminated cheese was immediately halted and the products recalled, a total of eight individuals lost their lives while others were made terribly ill.

“It is absolutely essential that appropriate disinfectants are used properly, lots of salt, and that possible food for the bacteria be limited. Any products listeria is found in must be recalled immediately,” explained Listeria expert and co-author of the study Stephan Schmitz-Esser. And while most factories strive to maintain the highest quality of hygiene, outbreaks of Listeria can occur quickly and spread rapidly.

In 2013, a multistate outbreak was linked to contaminated cheeses produced by the Wisconsin-based Crave Brothers Farmstead Cheese Company, and just recently the dangerous pathogen forced a recall of cheese products from Parkers Farm Acquisition, LLC of Minnesota.

Not only are consumers at risk, but manufacturers suffer great losses as recalls are expensive and contamination means shutting down production for as long as necessary until the source can be identified and proper sanitation procedures are put in place.

How to protect yourself from foodborne illness

Dangerous pathogens such as Listeria are most commonly tied to cold, ready-to-eat chicken, manufactured ready-to-eat meats (yet another reason to avoid these), soft cheeses, pre-prepared, pre-packed or self-serve fruit or vegetable salads, raw meat and even freshly squeezed fruit and vegetable juices. The most at-risk individuals are infants, the elderly, the immunocompromised and pregnant women – as infection can lead to miscarriage.

To reduce your risk of contamination, be sure to thoroughly wash all utensils, cutting boards, countertops and sinks after preparing raw meats and wash all produce before eating (even if it is organic, it can still become contaminated). Higher-risk groups should avoid ready-to-eat meats or heat them before consuming.

For those looking to avoid packaged cheese altogether, making your own is simple. A basic list of cheese-making supplies include:

If you’ve got the patience for heating and stirring, cheese-making can be a fun and creative process. And for those looking for a vegan alternative, nut cheeses are a snap to make. Here are two recipes for either the dairy-lover or those who are all about nuts.