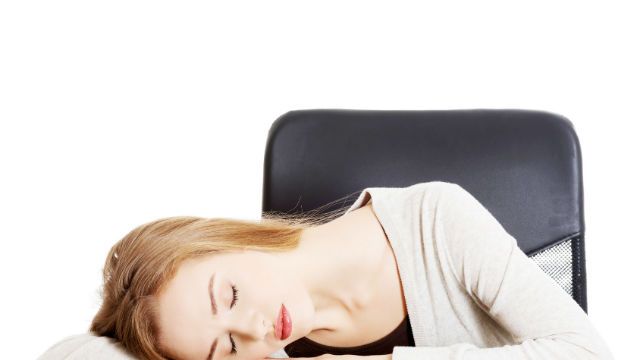 In the United States, the 40-hour work week is standard, and overtime is essentially the norm for many people. Americans in a range of occupations – from servers to CEOs – often find themselves pulling 12-hour shifts, or longer.

It’s long been hailed as the “American way.” Many of us are overworked and overtired, all in the name of productivity.

However, is this mindset of pushing through sleeplessness and sacrificing time with family and friends really benefiting us? According to the 2013 Work Stress Survey, 83 percent of Americans are stressed by at least one aspect of their jobs. This number rose by ten percent compared to 2012 survey results.

Between stress, sleep deprivation and overall burnout, America’s “workaholism” is fueling our rising rates of many chronic diseases. Even when we do have downtime, many of us are still glued to our smartphones, checking work emails and worrying about the next day’s schedule. Unfortunately for us, research has found that longer hours may actually decrease overall productivity.

Finding a balance between work and leisure is one area in which America could learn a lot from other countries, many of which have found a way to balance hours on the job with time off.

In the Netherlands, the average hours worked per week is 29 (spread out over a four-day work week), and the average annual pay equates to about 47,000 dollars. Not only do Dutch workers enjoy plenty of paid vacation days, as well as time off for maternity and paternity leave, they are also able to switch to part-time hours while maintaining health care coverage and other benefits.

French, Finnish and Brazilian employees receive 30 paid vacation days per year. If an employee from these nations, along with Russia and Lithuania, works at the same company for more than ten years, they are entitled to no less than 40 yearly days off. Belgium, where the average work week is 35 hours, gives employees a year off, to be taken anytime in their lifetimes that they choose, in an effort to prevent burnout. Belgian workers receive a government allowance during this year.

In contrast, American workers, on average, only get 8.1 paid vacation days per year.

France and Italy also have measures in place to prevent burnout. In France, an innovative labor deal was recently passed which encourages approximately 250,000 employees working in the consulting and technology fields not to check their work emails or answer work-related calls after hours.

In Italy, while many people do work a 40-hour work week, this is considered a maximum, and if an employer assigns over eight hours of overtime per week, that employer can be fined.