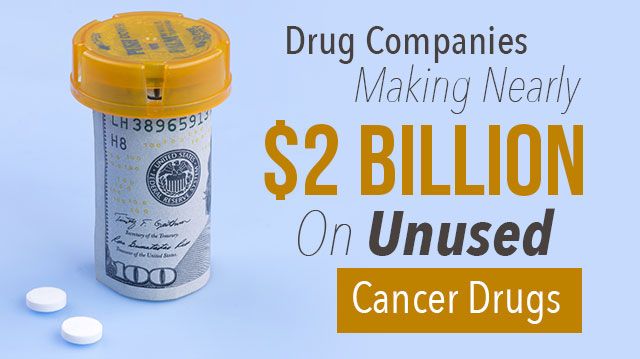 The pharmaceutical industry in America poses quite a conundrum. On one hand, it provides the medicines that some people literally need to live. Some of these drugs are life-saving and necessary.

On the other hand, Big Pharma is big business, and it often seems like the industry is more focused on profits than patient well-being.

We’ve previously explored how pharmaceutical companies spend billions on providing gifts to doctors in order to win their favor and get their choice medications prescribed. The pharmaceutical industry also spends 19 times more money on advertising than research — making sure that Americans see images of happy, smiling people encouraging the use of the drug of the day.

All of this still, of course, doesn’t change the fact that many people do rely on medications to ameliorate certain conditions. One big example is cancer. Cancer medications may help to prolong life in many cases, and many cancers may go into remission as a result.

However, a new study published in the British Medical Journal (BMJ) has found that the pharmaceutical industry is making nearly $2 billion off of unused cancer drugs, by packaging the drugs into overly large doses.

Unlike many other medications, cancer drugs are intravenous. Once they are opened, they must be used within a few hours. They are often packaged in single-use vials. These vials are not cheap — they can cost around $13,000 each month. However, the way that many of these drugs are packaged leaves much unused.

According to Dr. Peter Bach of the Memorial Sloan Kettering Cancer Center, “What manufacturers are doing is they’re not right-sizing the vials to the dosages patients actually need.”

Bach and his co-authors further explain: “Increasing the amount of drug sold per treated patient also increases profits to doctors and hospitals in the United States. Under a system nicknamed ‘buy and bill,’ doctors and hospitals buy single-dose vials of drugs and then bill insurers or patients when they are used. The bill includes a percentage based mark-up which can vary widely, but even low percentages can equate to large amounts of money given that many of the drugs cost thousands of dollars per vial.”

One example that Bach and his colleagues mention is Velcade, a drug used to treat a bone marrow cancer known as multiple myeloma. The drug is packaged in 3.5 milligram vials in the United States, although the average dose is only 2.2 milligrams. The unused portion of the vial, once it is opened, ends up in the trash.

In contrast, the study authors take the example of Treanda, a leukemia medication. This drug, by Teva Pharmaceuticals, is sold in 25, 45, 100 and 180 milligram vials. This allows patients to take as much — or as little — as they need, with less waste. 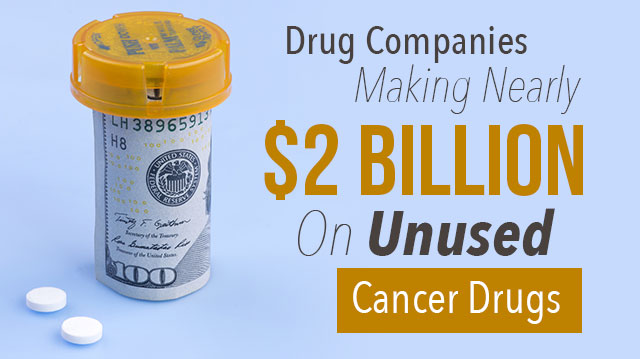 Regarding the difference between these methods, Bach explains: “When there are drugs where 30 percent are wasted and drugs with only one percent waste, it’s inconceivable that drug companies don’t know about this. These are extremely sophisticated businesses. They know everything about the patients getting their drugs, and certainly have the capability to figure out what we’ve described in this paper.”

This certainly seems to be a case of pharmaceutical companies putting profits over people. While there is an argument that adding up doses can lead to more patient error than taking a portion of a single oversized dose, this argument seems weak, and if a patient is working closely with their doctor, the correct dosage should be able to be reached without many issues.

The choice of how to deal with a serious disease such as cancer is a personal one. However, if you or someone you love is taking these drugs, it is worth it to talk to your doctor about your dosage options so that your pocketbook does not suffer needlessly from Big Pharma’s thirst for profits.